School bullies can be beaten 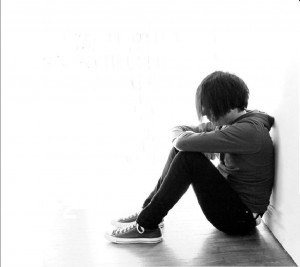 In November, to mark the start of the UK’s Anti-Bullying week, the Beat Bullying Charity launched a campaign to help reduce the increasing rise of bullying within schools and out of school environments. Beat Bullying will be issuing a report to the Government stating their concerns about the increase of bullying, and are pushing for a new law to be made which would make bullying in schools an illegal act.

According to Beat Bullying, a National Bullying Survey was done throughout the country and the statistics are alarmingly on the rise. A massive 67% of children reported to being bullied, whereas 87% of parents reported that their child had been a victim of bullying. These statistics are on the rise and as a result of bulling at least 16 children throughout the UK commit suicide every year.

But what actually is bullying? Well bullying can range from name calling to physical assaults. Bulling can also cause pupils to truant from school and become withdrawn from their community.

Victims of bullying show certain signs which include; low self-esteem, difficulty in trusting others, lack of assertiveness, aggression, difficulty in controlling anger and isolation. People may also change their usual routine, cry themselves to sleep or have nightmares, have their possessions go missing and have unexplained bruises, cuts or scratches.

I met up with a young person, who wishes to remain anonymous, to talk about their bullying experience and how it still affects them six years later.

It must have been a very difficult time. What happened to you?
“Well I was firstly picked on via name calling then it escalated into more violent assaults, which resulted in me getting stabbed in the eye with a felt-tip pen.”

That is horrific. What did you do about it?
“I told my parents and they had a meeting with the Headmaster, Head of Year and Deputy Head of Year. My parents got no satisfaction from them and decided to take me out of school, when their proposal of the bullies being excluded was turned down. I then got a tutor via the Education Board so I could still sit some of my GCSE’s.”

It is good that you have your parents to support you. But how did it affect you at the time?
“I was petrified to leave the house without my parents going with me. I wouldn’t even put rubbish in the bin that was on our driveway without my mum standing at the door watching me. I was a nervous wreck and would isolate myself in my bedroom most of the time.”

That must have been tough for you to be so isolated. How did you cope with the issue?
“I don’t really know how I got through it to be honest. I suppose I just took each day as it came. I eventually got my confidence back but I was still very wary of going anywhere on my own.  Then to get my life back on track I decided to enrol on a Business Administration NVQ course at Northumberland College.”

It is good to see that you were able to get the confidence to go to college. Has the bullying left any long term affects on you emotionally?
“I am still afraid to go to certain places on my own and I have a tendency to become very nervous if I go anywhere that is new to me. I moved away in 2007 so I don’t live around them anymore but there have been times when I have seen one or two of them while I have been shopping in the Metro Centre, but they just put their heads down and walked past me.”

Has the bullying affected your future ambitions?
“If anything it has made me more determined to reach my career goal to be a Solicitor. It has also made me a stronger person and has taught me exactly how cruel some people can really be.”

Not all bullying is caused face-to-face. With the increasing use of social networking sites, bullies are finding more and more ways of tormenting their victims. Facebook is the most common social networking site for cyber-bullying, but there is an increase of cyber-bullying appearing on sites such as Myspace, Twitter, Youtube, Bebo and Google Buzz. Bullying online should be reported to the sites administrators and the bullies should also be ‘blocked’ from viewing their victims profile page.

There are organisations, such as the Citizens Advice Bureau, Samaritans and Childline, who can offer support and give advice on how to deal with bullying issues. There are also websites, such as www.bullying.co.uk, www.beatbullying.org and www.kiscape.org.uk, which can give hints and tips on how to spot if bullying is occurring and also what to do if there is signs of bullying.
If you have been a victim of bulling, or if this article has sparked an interest to you, then you can leave a comment about it on our website www.theambler.co.uk.