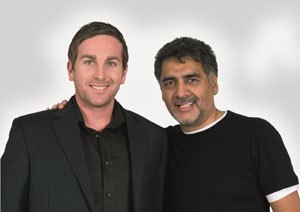 A former RAF serviceman, Bruce Durham, has used the techniques of Dragons’ Den star, James Caan, in his quest to equip people leaving the Armed Forces with the skills to fit back intoCivvy Street – and to create work for themselves. And in the current economic climate, former service personnel don’t just face the difficulties of adjusting to civilian life, they also have the additional problem of finding a job in a tough employment market.

He set up Sunray Training with a staff of former Forces personnel and received mentoring from TV Dragon James Caan’s Entrepreneur Business Academy, which was set up to nurture and develop entrepreneurs and their ideas. Sunray Training.com has put together a combined resettlement training and first aid instructor course, which provides both the skills and the paperwork which will allow recruits to set up their own business as trainers. Post course, they then also offer the opportunity to train as accredited tutors in subjects such as Manual Handling, Fire Training and Office safety, which is becoming the main training course for all office based staff.

It also provides them with the level three Preparing to Teach in the Lifelong Learning Sector (PTLLS) qualification to people on the MOD’s Enhanced Learning Credits Scheme ELC or resettlement programme.

Since last year, anyone who wants to train others, either on a self-employed basis or while employed by someone else, must have a qualification to do so.

Bruce said: “Health and safety is ingrained in people in the Forces – it is second nature to them. We are offering the chance to build a business around something which comes naturally to people. As well as delivering the course content we factor in all aspects of starting their own business and signpost onto other agencies to help set up their business.”

Sunray Training is part of Premier Corporate Training (PCT), Bruce’s training business based in Amble in Northumberland, which works with clients including Amec, Mansell,Enterpriseand Balfour Beatty.

It was while setting up PCT that Bruce first met James Caan. He said: “It was James’s first day on Dragons Den and I was one of the entrepreneurs to try and pitch for investment. Although no money changed hands, I got some fantastic advice that allowed me to develop my business to the stage I am now at.

“James gave me some great feedback the first time we met, and it was good to meet him again considering how well my group has performed since we last met. Getting an education from someone like James, to see how a large business can succeed and continue to grow, was a great insight and helped me no end in setting this company up.”