In light of recent events at Border Laird and the threat of 80 job losses at the factory, we asked Sir Alan Beith MP and Northumberland County Council to talk about Amble’s future and what they can do for the town. 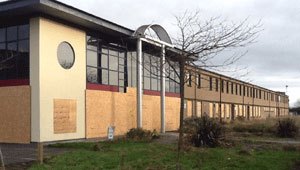 Amble has a proud history as a working town, and I am always struck by the quiet determination of Amble people to keep working and to keep the town alive.

When a small town like Amble has only a couple of major employers, and those businesses are under threat or close, the impact on the community is severe. Over the past few years there were huge efforts, in which I was involved, to maintain production at Cheviot Foods (later Northumberland Foods), which ultimately failed. We are facing a similar period of uncertainty following the sale of Border Laird to Young’s Seafood, who have bought Border Laird’s contracts and taken over nearly 80 staff based in Amble. I have had several discussions with senior management from Young’s and have emphasised the importance of the business to Amble. One point in our favour is that the langoustine work done in Amble is not carried out at any of the other Young’s sites. The management has said that the production workers are an asset to the business, praising their commitment and hard work. I am emphasising the skills of the local workforce and I know that regeneration officers at Northumberland County Council are working with Young’s to see how the business can be encouraged to stay.

My main focus now is on ensuring we make the best case to encourage new businesses to come to the area. I am pleased we have secured an extension to the North East Enterprise Zone, based around the Port of Blyth, and we are now looking to see how this can be used to maximum effect for the county as a whole. One of the potential benefits of an Enterprise Zone is that, if it succeeds, it attracts business to the wider area, and the town of Amble has a great deal to offer as a place to locate business.

I have been in correspondence with Sainsbury’s in Alnwick and Cramlington over their policy to restrict job applications to quite a small area around their stores. My Liberal Democrat colleague in the Borders, Michael Moore MP, has had a similar conversation with Sainsbury’s in Kelso and their policy has been reviewed – I’ll write an update for the next edition of the Ambler.

In the Berwick upon Tweed constituency as a whole, 1,396 people were claiming Job Seekers’ Allowance in Nov 2010 and 1,397 in Nov 2011, but the number of people claiming JSA for over 12 months has risen from 125 to 180. Looking at figures does not reveal the serious difficulties which can affect people searching for work, and their families.

If readers would like to raise issues with me or seek help with problems, I hold regular surgeries at Trinity Methodist Church in Amble – details can be found at www.AlanBeith.org.uk or by calling 01665 602901.

I am delighted to have the opportunity to contribute an article to the Ambler and the residents of Amble.

The council is acutely aware that the impact of what is a global recession is being felt severely in the local community.

The closure of Northumberland Foods, which the council supported to give it every chance to succeed, the threat to jobs at Border Laird and public sector spending and job cuts are of real concern. The county is also facing the closure of its largest private sector employer RioTintoAlcan at Lynemouth where no doubt some Amble residents work.

The council has been very active – planning for the worst but hoping for the best. We have made the case to government for support for the area, with the help of our MPs and others, and are hopeful that this will result in the award of an Enterprise Zone. Whilst this is likely to be located around the Port of Blyth it will put the county on a level playing field in terms of support to attract the anticipated growth in jobs associated with the offshore wind sector.

If an enterprise zone is granted we would hope residents of Amble will be able to benefit. There is good news with new jobs in prospect at Ashington through investments by Bernicia and Akzo Nobel which the council has played a key role in attracting and hopefully Amble residents will feel able to seek jobs with these companies as they arise. We know we need more companies and job opportunities and we are establishing a company – Arch – to accelerate investment in the county.

The council has contributed directly to improvements in Amble. With English Heritage we have invested £250,000 in improving retail premises, which is being matched by the private sector.

With the Development Trust we have spent £200,000 in bringing the former Co-op building back into use and with the trust and town council we are committing £50,000 to improvements to public amenities in the town and at Little Shore including replacing the lights on the pier.

Despite its own budgetary pressures, please be assured the Council is working hard to support local communities like Amble.