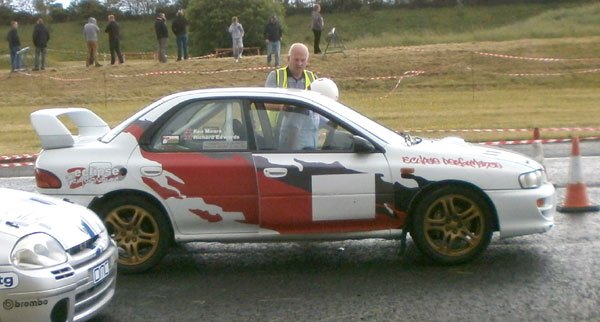 I am writing to share with you the sheer enjoyment cultivated from my latest accomplishment. I completed four laps of the Nissan test track in Sunderland, driving a dual controlled car at speeds of over 70 miles per hour. I did this in aid of Guide Dogs for the Blind fundraising scheme in their attempt to support the lives of people with sight loss throughout the United Kingdom.

I had never been behind the wheel of a car before, except when my grandfather familiarised me with the controls, in preparation for the event. For this I am extremely grateful to him as I was able to get the most out of the day.

I had the same independence and freedom of movement as a fully sighted person does when they are at the wheel. It showed that in a supervised environment, any dream is possible no matter how hopeless it seems.

Turning the key in the ignition and hearing the revs of the engine caused a sense of anticipation to rush through me, resulting in my getting the most from the 1600 Vauxhall Corsa I was driving. I felt like the quintessential boy racer as I steered around a course of long tarmac track with acute hairpin bends.

The only downside was the weather which was overcast with sporadic showers. However, this did not undermine the adventurous side of my nature which had been truly stimulated. I felt liberated and empowered, with a carefree attitude for the 30 minutes or so I was driving the car. The experience will stay with me for the rest of my life, and I will be sure to try this feat again in the future.
Michael Lowery