Walking with the Wounded to visit Amble 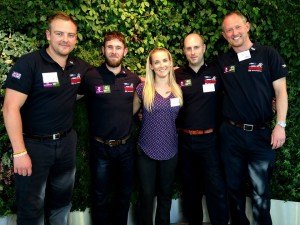 A charity which supports wounded servicemen and women will be visiting Amble at the beginning of September, as part of their ‘Walk of Britain’ tour.

Walking with the Wounded raises funds for the re-education and re-training of wounded servicemen and women. Their patron, Prince Harry has accompanied them on previous challenges, which have included expeditions to the North Pole in 2011, Everest in 2012 and the South Pole in 2013.

The group will arrive in Amble Town Square on the afternoon of Tues 1 September. After a meal courtesy of the Old Boat House, and an overnight stay at the Sun Hotel in Warkworth, the walkers will resume their challenge the following morning.

“We will depart from the Town Square sometime after breakfast, we’re hoping to walk past Brambles Childcare even if it’s just a wave from the kids there and continue south on our way,” said team member Matt Fisher.

“Thank you so much to all of you for your support with this, we are all very much looking forward to meeting as many of you as possible in Amble!”