Futsal is a hit with the community

Over 100 children attended Tiny Woods Academy Summer Camp over the summer holidays at Stobswood Welfare and it was hailed a massive success by both children and parents. Everyone had a fantastic time participating in fun and technical practices.

The children focused on ball manipulation, individual possession and team possession, creating space as an individual and as a team. They were encouraged to be creative when on the ball and learned new fundamental skills.

The children were encouraged to design and use their own session. They also hit ‘Ashes Fever,’ played football-cricket and had a Premier League Tournament to kick off the new football season. 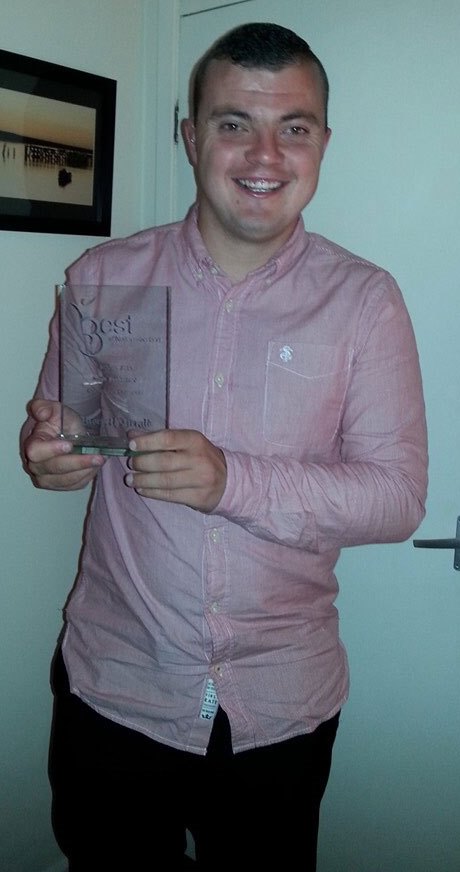 Josh Rutherford with his Best of Northumberland award

After the summer camps we hosted a new course; Goalkeeping Masterclass. It was designed specifically for budding goalkeepers and covered the important aspects of goalkeeping, starting position and set position, handling and footwork techniques, positioning from angles, shot stopping and distribution.

We would like to thank Amble Town Council, in particular Town Clerk Elaine Brown and Mayor Craig Weir, for their generosity to fund much needed equipment that has helped to set up the new Futsal scheme, which is proving to be a hit with the community.

‘Futsal’ is every Wednesday night at James Calvert Spence College, Acklington Road Gym from 5.30pm to 6.30pm for both boys and girls of all abilities from ages four to 13 years.

It is an exciting, fast paced small sided football game that is widely played across the world; it is officially recognised by both UEFA and FIFA.

During the October half term holiday Tiny Woods will host a Striker School at Stobswood Welfare.

This again caters for both boys and girls, of all abilities, aged four to 13 years. Starts Monday October 26 to Friday October 30 from 10am to 1pm. Cost of ‘Striker School’ will be £25.

We are delighted to announce a special guest for this Half Term Camp! Former Newcastle United Head Coach John Carver has agreed to visit the children who attend Striker School!

Do you want to improve your goal scoring abilities? Want to learn how to score goals under pressure? Striker School is for any player who wants to improve their goal scoring techniques and skills!

At the end of the camp, there will be a presentation of prizes, trophies and signed gifts from professional footballers. Book your place now!

Finally, congratulations to our football coach Josh Rutherford who won the Community Champion award in the Best of Northumberland Awards for 2015.