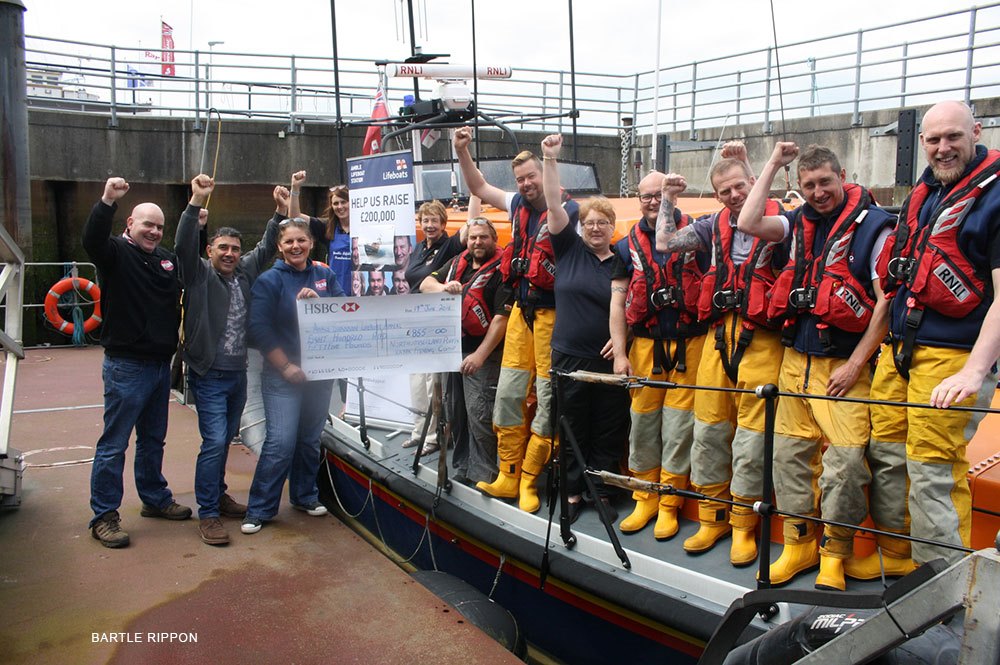 Amble Royal National Lifeboat Institution (RNLI) is celebrating after reaching its target of £200,000 towards the cost their state-of-the-art Shannon class lifeboat.

The target was reached yesterday (Sunday 19 June) during a coffee morning at the charity’s lifeboat station in Amble.

The new Shannon class lifeboat is currently being built at the RNLI’s All-weather Lifeboat Centre in Poole, Dorset. The money raised by the appeal will fund completion of the vessel.

Amble RNLI’s Shannon is set to arrive later this year and will be named Elizabeth and Leonard in memory of a couple whose legacy will help partially to fund it.

The £200,000 fundraising campaign was launched in July 2014, since which a multitude of events have been held to help raise money, including coffee mornings, open gardens, golf days, race nights, a fashion show and a fishing competition. 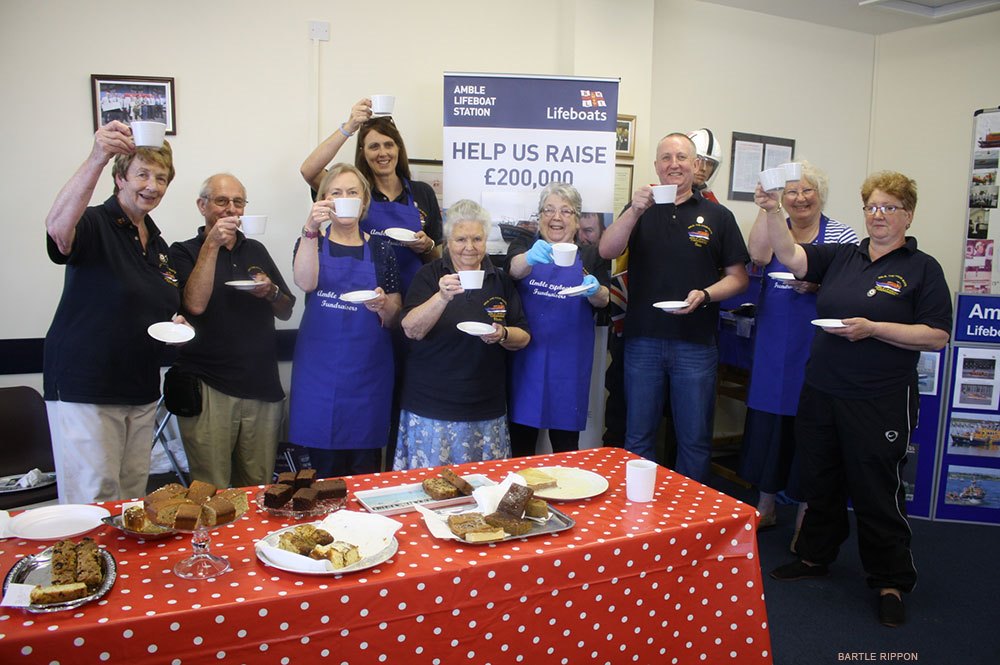 Katrina Cassidy, Chairperson of the Amble Lifeboat Fundraising Committee (ALF), said: ‘On behalf of everyone at Amble Lifeboat Fundraisers, I’d like to say a massive ‘thank you’ for the overwhelming support that we’ve received for the appeal, not just from the local community, schools, council  and businesses, but from supporters far and wide.

“In just 23 months it’s truly amazing that we’ve managed to hit our £200,000 target and we couldn’t have done it without the generosity of the general public, our supporters and the time and effort put in by members of ALF as well as other RNLI fundraising guilds.”

Gillian King, RNLI Community Fundraising Manager, added: “Huge thanks must go to our volunteer fundraising committee which has worked tirelessly to ensure that we reached our goal. It’s also been touching to witness heartfelt support ranging from children donating their pocket money to funeral donations in lieu of flowers.

“I’m sure there will be a real sense of pride when the Shannon arrives on station and the volunteer crew is looking forward to starting their next chapter of lifesaving. Naturally though, everyone will be very sad to bid farewell to our current all-weather lifeboat The Four Boys, when she reaches the end of her operational life.”

An ALF spokeswoman told The Ambler “We are thrilled at this wonderful news and want to thank everyone who has donated, fundraised and helped us reach the £200,000 target for such an important cause.”