Ask anyone on Queen Street, they will tell you, Amble is changing and one of those changes is Northumberland Theatre Company (NTC) moving from Alnwick Playhouse to Amble’s Dovecote Centre. With that change NTC directors Gillian Hambleton and Stewart Howson have brought a tradition, the Christmas pantomime. 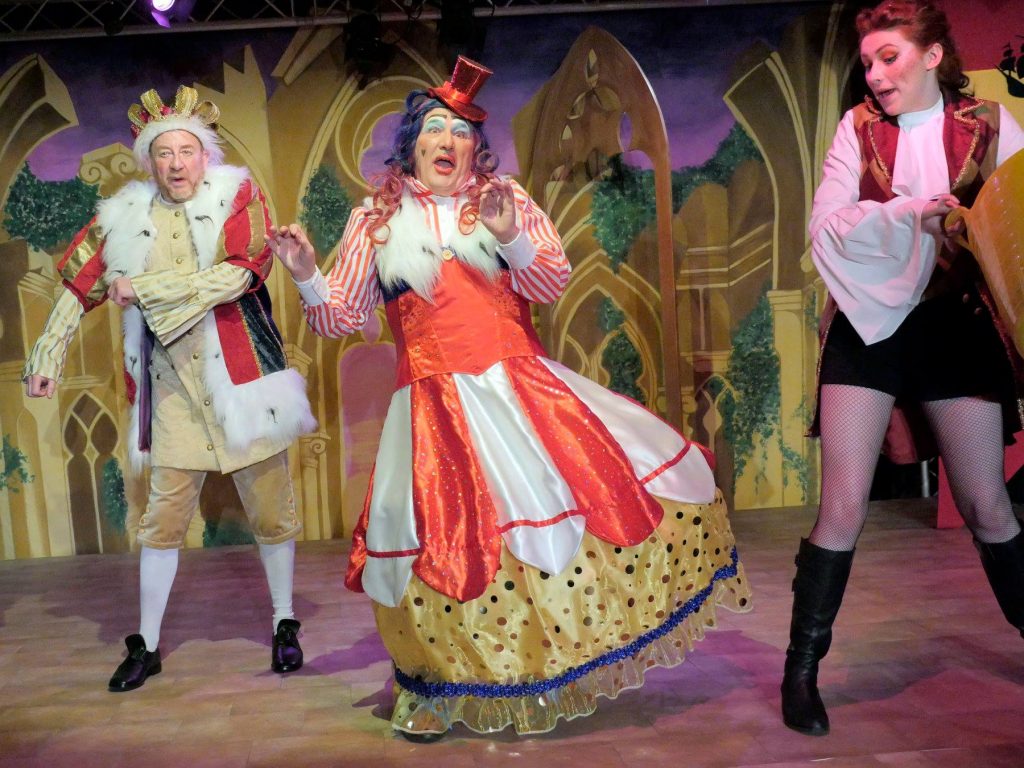 Sleeping Beauty runs until 31 December at the Dovecote Centre, Amble

Sleeping Beauty is set in a time long, long ago in a panto land called Preamble where little is familiar except Newcastle still searching for a home goal. In that land all the traditions of panto are present, a finely dressed set, richly coloured, sumptuous costumes and the battle of good versus evil (well, very naughty at least).

Fairy Peaceful (Justine Adams) with her two assistants, Fairies Thoughtful and Beautiful (Isla Lewis, Imogen Tait) is our guide to this tale of the hapless King Nobby (Stewart Howson), his Queen Dotty (Leo Atkin) who nearly shows us her royal fundamentals, their lengthily named daughter Princess just Aurora (Amber Jayne) and her well cast suitor Prince Orlando (Jake Wilson Craw). There is the delicately played palace cat Kitty (Emily Gray) and the palace dogsbody, do everything Billy (Bethan Amber) who is a principal boy in the classic tradition, heroic, fearless and downtrodden.

The baddies, Bad Fairy Carabosse (Gillian Hambleton) and her talking bruiser of a tom cat Spindleshanks (David McCarthy) do, as is often the way with baddies, blatantly steal some of the best lines and are eminently booable. Much to the pleasure of the audience the cast are superbly supported by dancers from the highly regarded Alnwick Academy of Dancing.

In this panto NTC have created a show that bows to the long history of pantomime but feels Amble made. The question is, have NTC created a new tradition that will last here in Amble? Oh yes, they have!