The story of Amble Christmas Lights

Christmas Lights have been put up in Amble for many years. Amble Town Council were initially responsible in the 1980s. At that time strings of lights were attached to the buildings along Queen Street.

When the council ended its formal involvement, a group of volunteers got involved. These included Florence Angus, John Hedley, Robert Arckless and Bill Little (who ran the newsagents).

There were soon moves to set up a permanent body and in May 1991 ‘The Amble Lights’ came into being. Jimmy Thompson was elected chairman and Florence Angus returned from holiday to find she had been volunteered to be both secretary and treasurer. She continued as a very effective secretary for two decades. The committee raised funds quickly: within six months almost £4,000 had been raised through coffee mornings, jumble sales, and bring and buy sales. There were also donations from local businesses and organisations and from individuals.

No infrastructure
Providing the lights proved more difficult. A rather cheeky approach to Blackpool Council was tried in the hope of buying second-hand lights, but it was local organisations that came up with the goods. Coquet High School pupils created designs and prisoners at Acklington Prison set to work building wall boards. Peter Proctor-Cannon who worked at the prison managed to source usable but obsolete cable. 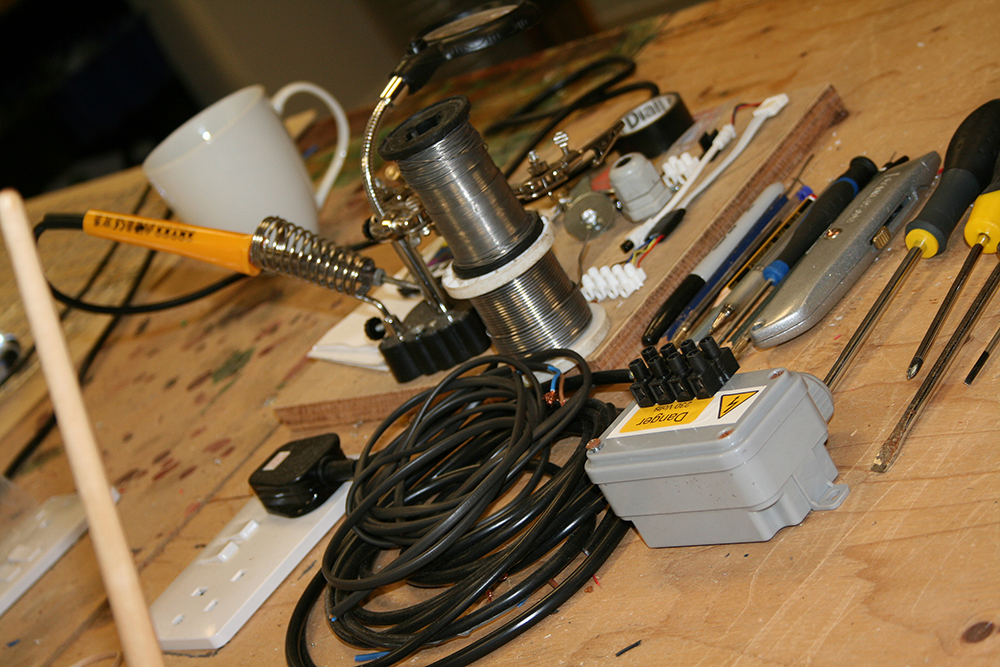 There was no infrastructure for connection points and fixings so the electricity board agreed to set up power cable, supply boxes and time switches for a total of £5,300 – a considerable sum at the time.

The project needed storage and work space. Louvaine Wraith, who ran The Farm Shop, offered a disused shed in Hauxley rent-free. Facilities there were gradually improved, and for many years it provided a work base. Louvaine also joined the lights team. Jimmy Thompson joined the group and as the resident electrician brought much-needed expertise to the project. Sadly, Jimmy died earlier this year, but is fondly remembered for his laid-back unflustered approach.

In 1991 the prison delivered twelve three-foot lighting boards, with pantomime or nursery rhyme themes and on 11 November the lights were turned on for the first time.

Betty Stewart in whose memory a tree is planted in the Town Square, organised a group of children to design, assemble and paint further lighting boards. Nick Spurr brought along his cherry picker from the boatyard to help with stringing up the catenary wires. Everyone who helped Amble Christmas Lights did so without payment. When financial problems loomed, Amble Town Council stepped in with a grant and Amble Development Trust gave a flexible interest-free loan and provided workshop accommodation in Fourways 1.

By 1995 there were about forty wall boards and Queen Street was full of lights. They were incandescent bulbs with a very short lifespan and prone to failure. During the Christmas period the team had to make many trips up ladders with buckets of replacement bulbs. 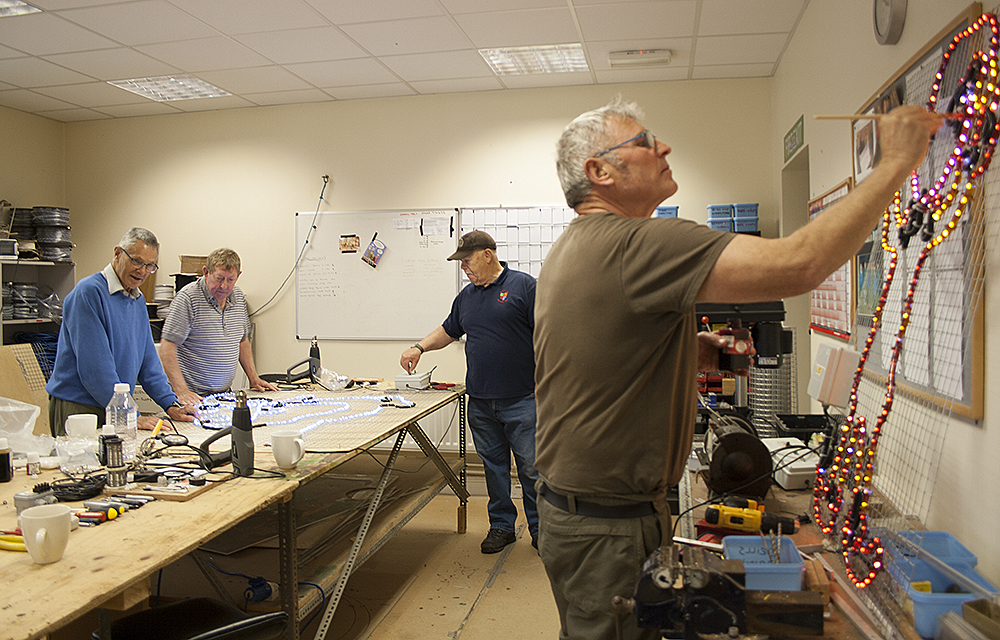 Volunteers still needed
The current chairman, Trevor Colborne joined in 1997. His first impressions were ‘how few volunteers there were and how slowly the whole operation progressed’. He introduced innovations allowing the lights to be put up in less than a day.
The future of the lights is more certain, with good support from volunteers. However, any retired or working electrician would be most welcome, as currently the responsibility falls on one individual. Volunteers in any capacity are always appreciated. To know more, please contact Trevor on 711453.

One thought on "The story of Amble Christmas Lights"