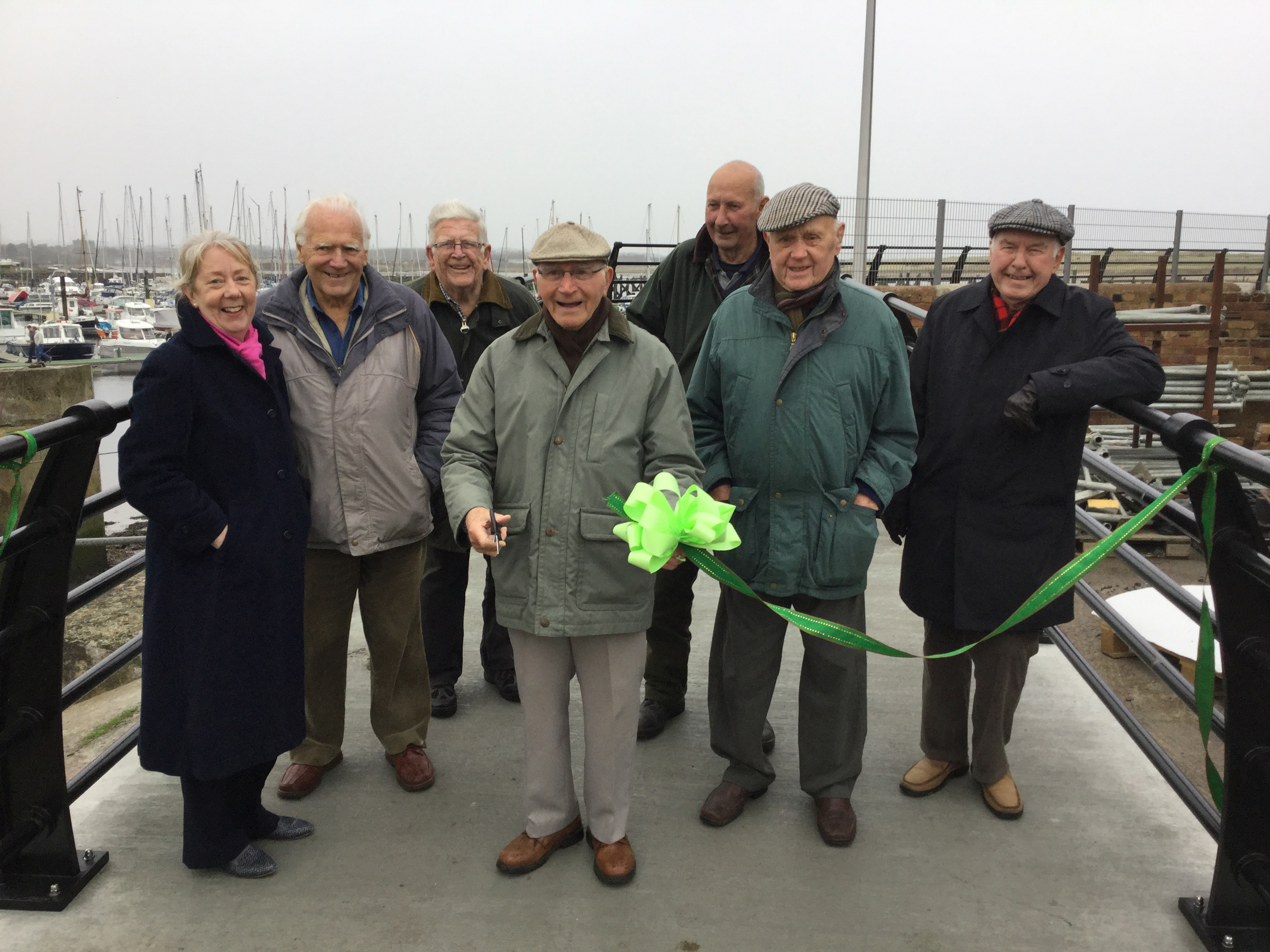 Walkers can wander along the waterfront from the Little Shore to Coquet Street, now that the final part of the Harbour Village project is finished.

The Coble Quay walkway was opened by a group of locals who watched the development with interest as it progressed.
Julia Aston of Amble Development Trust said “This officially completes the final stage of the Harbour Village. The walkway means that there is pedestrian access from the Harbour Village round the Harbour to the Coquet Street car park”.

Interim fencing has been installed at the Coquet Street entrance to the walkway by Northumberland County Council. This is a temporary barrier until the land which previously housed Coquet Shorebase Trust is sold.

Above: The walkway provides pedestrian access all along the waterfront. 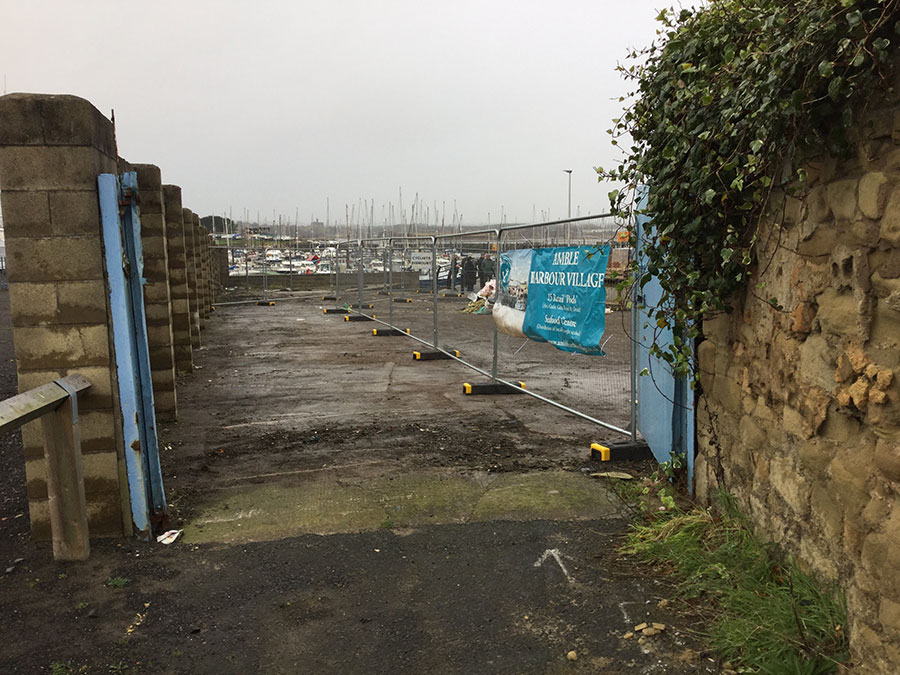 Above: Access from Coquet Street takes walkers across land which was previously the Coquet Shorebase Trust.

The National Cycle Network route runs through the Coquet Street car park and around the edge of the Marina to the Braid. Pedestrians and cyclists are asked to take care if crossing the car park, which is privately owned.

“This will be a lovely walk in the summer,” said Julia. “Tourists and locals alike will now be able to enjoy a longer walk along our wonderful harbourside.”