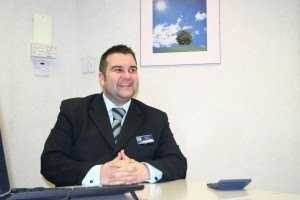 The town welcomed a new manager to its Lloyds TSB branch at the start of January. Simon Conroy was born and brought up in Stakeford and still lives there with his wife and two daughters aged seven and three.
He entered banking in 2001. Most recently he has been Senior Personal Banking Manager in Ashington’s Lloyd’s TSB.

He likes what he has already seen of Amble. ‘People here are very loyal,’ he says.
He also thinks Lloyds TSB has a lot to offer the town. ‘I would like to be able to make it the predominant bank in Amble,’ he says and thinks opening hours and service quality are two important issues. ‘I’m astounded how busy it is between five and six on a Friday evening. I want to put this branch on the map. We will try to offer more to both personal and business customers.
‘I see myself as an advocate for the customer as well as the business. As a bank we can give a lot back.’
The branch also employs three customer assistants and two personal bankers, who are well known to Amble people.
Tim Jones