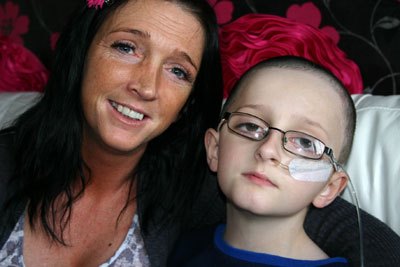 Brandon's wish is to swim with dolphins

Donations from across the world have been flooding in, to help make an eight year old Amble boy’s wish come true.

Brandon Ballance’s mother Sarah Nicholson set up the ‘Brandon’s Wish’ campaign in an attempt to raise £15,000; enough to help her son realise his life long dream – to swim with dolphins. Now, that wish is close to coming true, as people have been so generous and already raised the fantastic sum of £13,000.

Six years ago, Sarah got the devastating news that her son, then aged two, had cancer, an inoperable brain tumor, devastating news for his family.  Brandon went through four  intense courses of chemotherapy, each lasting 14 months. Twice, their hopes were raised then dashed again. The doctors had no choice but to start radiotherapy.

Sarah said, “We had to travel every day for treatment. Brandon was very poorly all the time, vomiting, losing his hair, having  constant medication pumped into him.”
He has ongoing side effects, affecting him physically but Sarah says the mental and emotional effects have been the hardest to cope with. They know that the radiotherapy will affect his memory and learning.

However, Brandon has a wish and it is to swim with dolphins. He watched it on television and wanted desperately to do so himself. After his last radiotherapy, Sarah decided she had to do something for him and seeing his face light up every time he saw dolphins on television, she decided it had to be Disneyland, America and swimming with dolphins.
She says “I asked the doctor’s opinion and was advised “to go for it”. 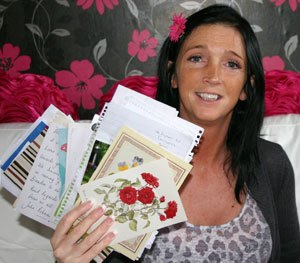 Sarah then had to start raising the money, £15,000 in all, including a hefty insurance bill. She has worked hard, contacting local media, but has been greatly encouraged by efforts from the community. Local events have raised funds, and a sponsored walk from Alnwick to Amble raised £2,000.
However, the fund was given a big boost when she received £6,000 from one donor.

“This was from Mr. Houghton of Executive Care Group in Team Valley,” said Sarah. “It’s brilliant”.
The wish is now becoming real. The holiday to Disneyland in Florida has been booked for August with Hay’s Travel who donated the highlight, the swim with dolphins and the Make a Wish Foundation has provided insurance for £2,500.

Brandon’s story has obviously moved people. “It’s all go at the moment,” said Sarah – “I can’t thank people enough. It’s just fantastic. People we don’t know send letters and money. We even got a phone call and a donation from Egypt”.
And Brandon’s comment? “I’m really looking forward to it.”