Fishing changes will have big impact 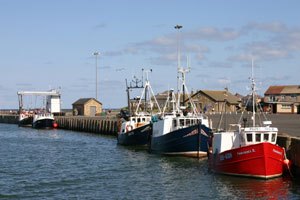 Fishermen from Northumberland recently attended a meeting in Amble where they discussed options for the future of the under 10 metre sector. Some of their ideas will be included in the consultation report for DEFRA.

Jerry Percy, Chief Executive of NUTFA (New Under Ten Fishermans Association) hosted the meeting, which was well attended. Jerry talked attendees through the issues, discussing options mooted by DEFRA and alternatives offered by the fishermen themselves. He said the attendees in Amble had come up with new ideas and suggestions, which he would include in his report to DEFRA.

But after the consultation, the mood from the fishermen was sceptical. Amble fisherman Michael Bould said “I’m extremely disappointed that DEFRA didn’t find it important enough to send someone official to our meeting. They don’t give a monkey’s. They are the ones delivering the policy, so they’re the ones we wanted to talk to.

Like most of the fishermen I’m extremely cynical. Regardless of what they say, it’s about cutting management costs.”

Sir Alan Beith said “There is a serious risk to the future of some of our local fishing fleet unless the Ministry listens very carefully to the problems about track record and the management of conservation zones.  I am raising these and other issues with Ministers on behalf of local fishermen.”

Current issues include the under 10s being unable to have their own quota. Although representing about 82% of all fishing boats, they are allocated approximately 8% percent of quota from the national pool. 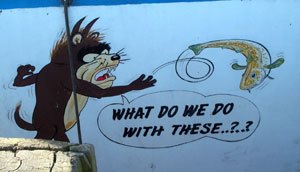 One current option offered by DEFRA is to take approximately 3% of quota from over 10s and allocate it to the highest catchers within the under 10 sector. This option discriminates against those trying to work with conservation methods, aiming at diversification, for example shellfishing. However DEFRA is currently consulting on options to bring in quotas on shellfish as well.
The second option is to set up community quota companies. This would allow groups within coastal communities to purchase and manage quota through their own funds. This is a viable option, but there needs to be clarity on how it would work. Would there be funding available to purchase initial quota? Because of the legal procedures involved, how would it be managed locally and nationally?

The fisheries sector faces an uncertain future. Low fish prices and soaring fuel costs offer poor return on investment – little wonder few consider fishing as an option. In small coastal communities tourists are attracted by the vibrant coastline and harbours. In many respects the implications are enormous, with the impacts reaching far beyond the fishing sector itself.