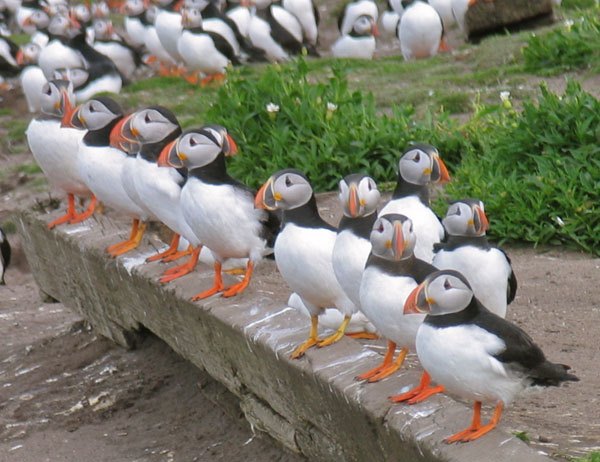 Coquet Island puffins are recovering from the March storms

“The start of the season was heralded by the worst persistent March storms for many years.” says RSPB Warden Paul Morrison.

“The puffins and other members of the auk family (guillemots, razorbills and little auks) live on the sea through the winter months and simply can’t manage to keep themselves in good condition if the sea is rough for several days in a row. Many end  up exhausted (or drown) and get washed up on our beaches in what is known as a storm wreck of seabirds”.

But he is hopeful for a good season for the iconic little birds, whose old Northumbrian name is Tommy Noddy. Paul explained why they love Coquet Island:
“Coquet’s population has been growing in recent years. The reasons: There is an ample food supply in the waters around Coquet; the habitat is perfect for puffins – soft sandy soils to burrow in; there are very few predators.

“Disturbance is minimal – the RSPB manage Coquet as a true sanctuary (it’s the only place in Northumberland that can boast this) so the public are not allowed to land or disturb the breeding birds; and finally the RSPB puffineers who live on the island look after them!”

One thought on "Why the Tommy Noddies love Coquet Island"