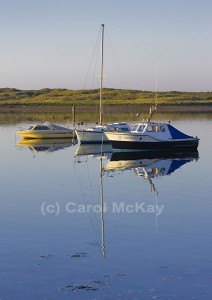 It was no surprise that the Amble Photographic Group came through  strongly at the “Through the Lens” competition.  The standard in the group is extremely high with wonderfully photographic and imaginative pictures. When David Hall (FRPS) judged our last competition, “letters of the alphabet” he admitted that he was so impressed with the standard of work and that he had had great difficulty in judging the best picture as they were all so good.

The group won second place at the NCPF  (Northern Area Interclub ) competition at Wooler, which was a great boost to all the members, so well done to everyone.

The photographers have now been together for seven years and have always been about friendship, support and generosity of spirit, each member willingly sharing their knowledge and expertise and helping wherever there is a problem.

Thanks go to Fred, John, Carol, Paul, David, and Ros for their hard work and dedication, and of course to Joan Robinson who after seven years as Membership Secretary handed over office to Ros Nicholson.

The Group meets every Friday morning in the Trinity Methodist Church Hall for a friendly, positive and informed gathering.