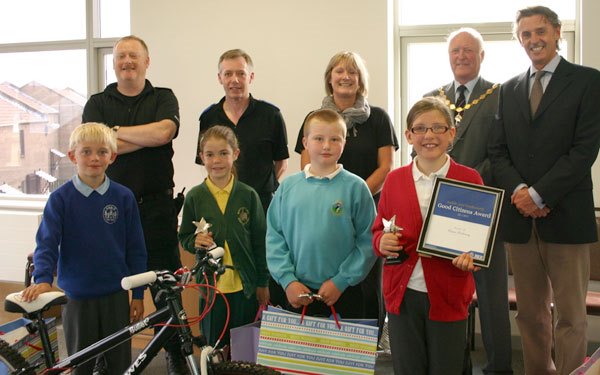 Well done to all the young people nominated by their schools for the Good Citizens’ Award 2013. And congratulations to the overall winner, Bobby Stone from Amble Links First School.

Schools look for commitment by pupils, to whatever activity they participate in, caring about others, making time to do regular  voluntary work, – sometimes while overcoming physical difficulties.

Now in its fourth year, the Amble and Warkworth Good Citizens’ Award is the brainchild of CSO Darin Fawcett. The aim is to celebrate outstanding behaviour and conduct in our youngsters and encourage our future good citizens.

CSO Darin Fawcett said “I’d like to thank everyone who donated prizes and supported this award. And I’d particularly like to thank Nick and Katie Spurr for once again donating the first prize”.