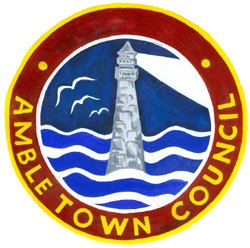 This is the time when we reflect over the past year and look forward to the year ahead.
We have tried to resolve some issues that have been outstanding for a while. Amble Action Group has been brought into the Council to make it easier to administer. This brings together, under one organisation, all the Town Council led community type events such as the Remembrance Day Service, the Garden Awards, Local Democracy Week, the  Christmas Parade etc. and of course the Puffin Festival.
The Simply Horticulture site  at the west allotments is being regenerated by members of the community working alongside some of the councillors.  This site was badly neglected but the council did not want to disband it until a last attempt had been made to save it. Initially this has a 2-3 year timeframe during which others will be encouraged to join in and make it a permanent valuable community asset.
The restoration and rededication of Radcliffe war memorial took place last year and was very well attended despite the wet and windy weather. The memorial ceremony for Private Sydney Crackett’s new headstone in the East Cemetery followed  just afterwards.  Members of his family attended from areas of Britain and even Milan, gathering for the first time back in Amble to take part. They were very grateful that we still wished to honour ‘one of our own’ who had given his life during World War Two.
We have welcomed a new member to the Council as a result of the recent by-election in the Central ward. Following a resignation, this was called  by 10 people exercising their democratic right to ask for an election. However with only just over 200 people turning out to cast their vote, some have questioned whether the cost to the town of £4000 could not have been better spent elsewhere.
Communication is one of the greatest problems every organisation faces. We want everyone to know what their Town Council is doing so we need to engage with as many of the community as possible. Therefore in the past year we not only have our notice boards, newsletter page in the Ambler and our website, but have implemented a facebook and a twitter account in order to reach a wider audience.
Litter remains a problem in the country as a whole, but this year again in Amble we are undertaking a Community Litter Pick, inviting everyone to tidy the area in which they live and join us in a tidy up of the main central area radiating from the Town Square.
Parking and enforcement of traffic regulations continues to be a problem but talks are ongoing with NCC Highways Department and it is hoped that some solutions will be implemented soon. The main issues are: congestion at the weekends and Bank Holidays. We are a victim of our own success due to the highly popular Car Boot Sale and Sunday Market, and the need for another large car park. Suggestions have been raised for NCC to investigate. Visitors should look out for details of a ‘Park & Ride’ scheme!
The imminent  development of the Harbour Village shows real progress in our town. The information boards and community awareness meeting were held to give everyone a chance to see this exciting project and ask any queries or bring any concerns forward.  It is the way ahead for the town and with this incentive of training and encouragement to tourism it should bring jobs and prosperity to Amble.
Sadly, while Tesco says they remain committed to coming to Amble, there are no new firm plans available yet. We continue to push them for a progress report and a start date as the majority of people and traders in the town have indicated that they welcome the development and see it as increasing visitors to the town as well as trade in our smaller independent individual shops and also importantly bringing employment for many.
A new social housing development has begun adjacent to Dandsfield Square and the Persimmons site will begin soon. These will help not only our present residents who need housing but also bring new people into our town. This in turn has many benefits to the town, such as. maintaining businesses, schools, and public transport.
It is also very encouraging for the economy of Amble to note the increase in the number of new shops and restaurants that have appeared over the past year. Everyone is beginning to realise what we have known for a long time- Amble is THE place to be.

‘PADDLERS’ UPDATE
The initial consultation phase to decide on a draft proposal has ended and was shown to the community at the Parish meeting, in the Council office and on the opening day of the Puffin Festival. The vast majority of people have passed very favourable comments on the ideas for a family recreation area. We are now approaching Northumberland County Council as the owners to see how the ideas can be progressed further and grants applied for to make this area’s regeneration a reality. We will try to incorporate some of the area’s history within the park such as rock like structures to represent the quarry which was originally here; perhaps entrance features to represent our mining or fishing heritage; perhaps a new name too.

PUFFIN FESTIVAL
How nice to hear lots of favourable comments at the above. All the events went well- some tried and tested but still popular like The Colony Music Event, the talks, walks, sports, singing, dancing; some newer or expanded such as the kites and the ‘teddy parachute jump’, the free family film show and the Arts & Craft Fair. All were impressed with the venue for the last two- thanks to Park Leisure for the free use of their entertainment complex to enable us to stage these.
We are very grateful to all those who gave their time, their talents, their help in numerous ways as well as gifts and vouchers for prizes. There are too many to name individually but you know who you are- thanks to each and every one of you. Without this support, these events could not happen; however we still need more volunteers to come forward if the community wants a Puffin Festival next year.
Bearing in mind that, in the main, we rely on community donations to stage everything, with this limited budget, we are busy looking at all the ideas and suggestions for other events or improvements if there is to be a third Puffin Festival.

WEST CEMETERY
Due to several enquiries, we have decided to allow reserved plots in our natural burial area so that in the future those interring a loved one can be laid to rest alongside them.
As this area has no headstones or monuments allowed- just grass, wild flowers and small shrubs- it will not look out of place to allow these reserved plots here.

GARDEN AWARDS
This year’s Garden Awards ceremony is on Friday 25th July at the Trinity Methodist Church. Councillors will be looking around their wards from 23rd June to nominate gardens: members of the public can also nominate gardens at the Council Office until 3rd July. {Remember though that these must be visible to any passerby} Those on this shortlist will be judged on 14th July by a Gardener from Alnwick Gardens.
Again there are commended and highly commended certificates and 2 prizes for each ward with one overall winner chosen from the 3 ward winners. The Allotment areas are also included with a winner in both the East and the West area as well as a new category of ‘The Most Improved Allotment’. Good luck to you all.

2nd August 10a.m. is firmly fixed in everyone’s diary for the service of commemoration at the West Cemetery. Various organisations and guests have been invited to join with us in a service which will last about 20 minutes and then all those present will walk in procession to the Town Square. We hope as many people as possible will carry a small wooden cross bearing the names of those who lost their lives in WW1 and who are commemorated on memorials throughout the town. There will be a shorter service at the Town War Memorials where the Deputy Lord Lieutenant and the Chair and Vice Chair will lay tributes on the two memorials. This will be followed by the small cross bearers proceeding to the grassed area behind the Clock Tower, where the crosses will be handed to Cadets to place in the turf. We all owe a tremendous debt to these men who gave their lives so we could continue to live ours; the very least we can all do is to remember them at this time and respect their courage and bravery. 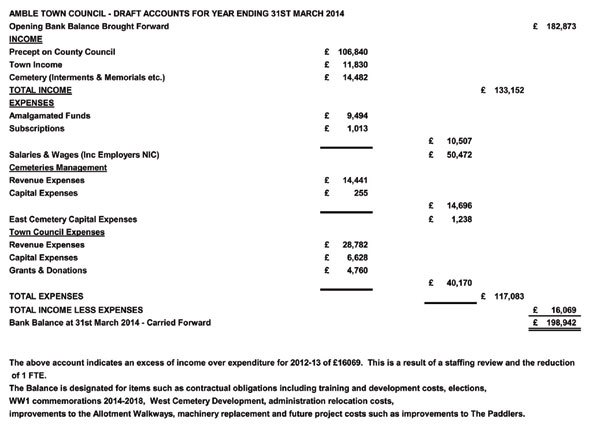