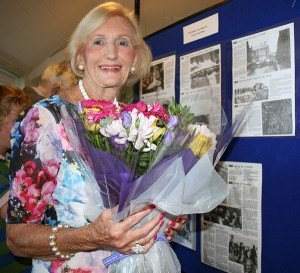 Hauxley’s WW1 memorial plaque in the Chapel was rededicated at a ceremony on Sunday, 3 August. Later in the day, an exhibition was opened to commemorate the men of Hauxley who fought in the Great War.

Irene Liddle (pictured) researched and complied the exhibition, open until 10 August. Event partners were the Village Hall Committee and the Parish Council.