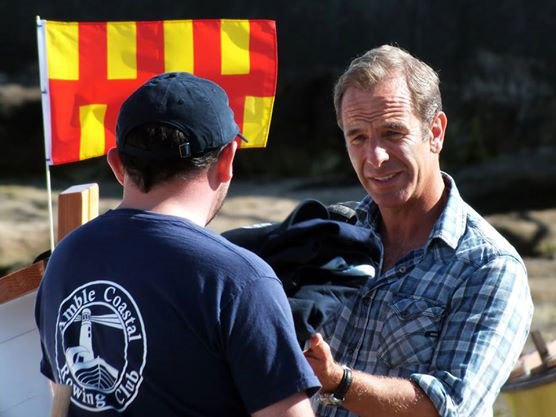 This time last year Amble Coastal Rowing Club had three members, no money, no boat and one big idea: to build a traditional wooden skiff and encourage the local community to get involved.

This year the club has gone from strength to strength. Following their successful Big Lottery Fund grant application in the spring, the club moved into the Flow Mill and turned it into a fully functioning boatyard to build their first skiff. Over the next few months the skiff developed and so did the membership with new people, young and old, getting on board.

After five months of hard work the club’s first skiff, “Coquet Spirit” was formally launched into the water for the first time as part of Lifeboat Day on 24 August. With a crowd of well wishers on the beach and our local clergy present to perform the blessing, the day was a huge success and a fitting tribute to a beautiful hand crafted boat.

The ITV programme, “Tales from Northumberland” with Robson Green, also took a keen interest in this community project. Robson even came down to take part in Coquet Spirit’s first race in September. Watch out for the series which is to be aired early in the New Year.

The club is currently looking for accommodation to enable work to begin on a second boat which will hopefully be built over the winter, so no doubt 2015 will bring more opportunities for folk to get involved.