Deer and ducklings take a swim in the Harbour 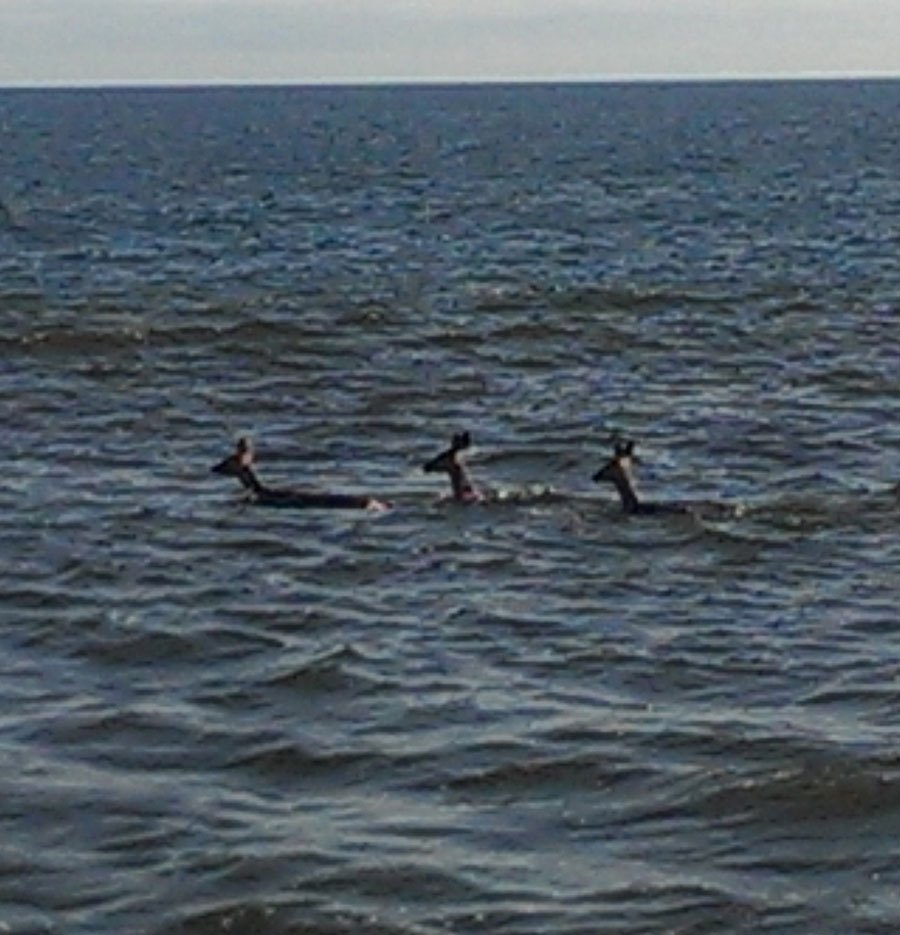 The three deer swam quite happily across Amble harbour

The Friendliest Port is used to its wonderful wildlife. Back in the day there was Freddie the dolphin of course, and last year we had a surfing seal. This summer we are pleased to welcome three swimming deer who have been spotted at Amble Harbour and ducks who prefer a back garden to the river.

Fisherman Kevin Henderson photographed the deer swimming across the Harbour mouth on the morning of Wednesday 13th May.

“It was 7.55 in the morning,” said Kevin. “They were swimming north outside Amble piers. They swam tight up below the north pier light, up to the boulders where I believe they got out. They were later seen walking along the north pier.”

Aquatic deer are not uncommon in Amble. Last summer we printed a photo of a single deer paddling across the estuary at low tide. It is not known why they choose to negotiate the river mouth.

“I would say they were looking for the surf school!” joked Kevin. 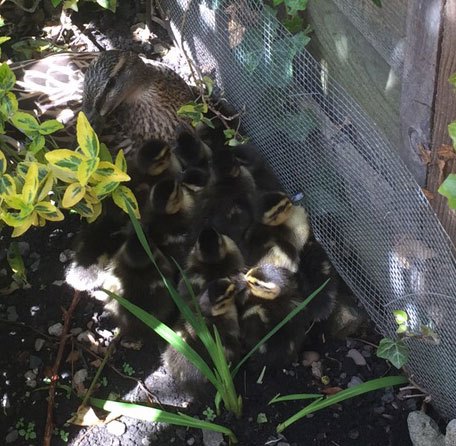 And what about the ducks? They are usually seen on the water.

However, we’ve had a few sightings of them walking or sitting on Queen Street and nearby, but two of the ducks decided that Ann and Tom Dawson’s garden seemed quite comfortable. So they took over a corner of it.

Ann told us: “A couple of mallard ducks appeared in our back garden at the beginning of April. In spite of being chased away a few times they obviously decided it was a good place to settle. We discovered a nest with 16 eggs in it. I wondered what had happened to my daffodils, until I saw them lining the nest. I had some fern cuttings which the female seemed to accept, so the rest of my daffodils were safe from her raiding.

After about 28 days, the ducklings hatched out. Thanks to a good neighbour, who provided a cat box and Dr. Paul Morrison’s efforts, we managed to release the mother duck and twelve ducklings into the marina. They seemed quite happy there. 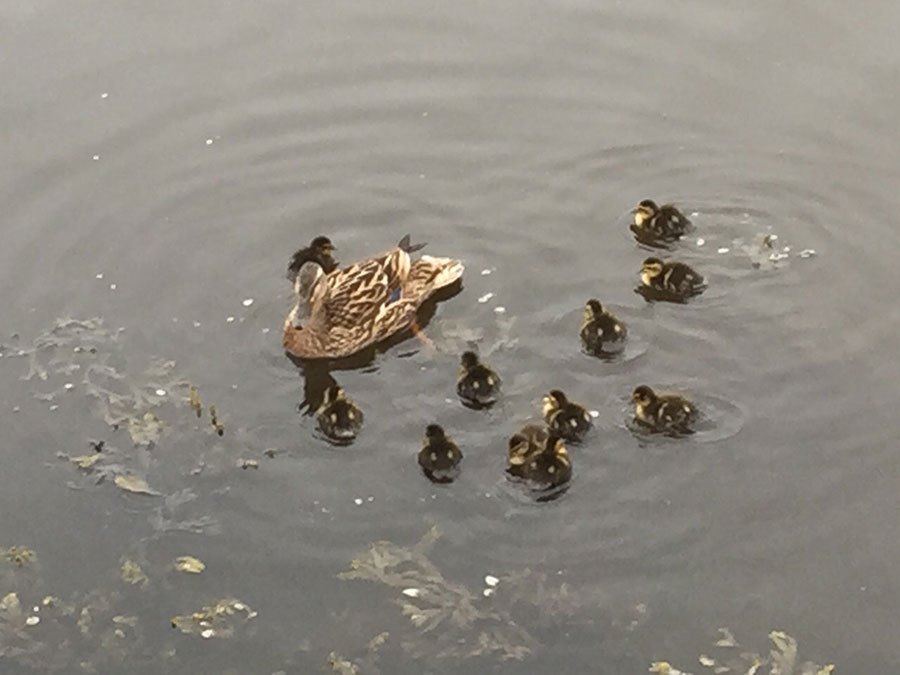 Unfortunately when we returned home, we found that two of the ducklings had made their way back to the nest, after dispersal in the garden. These two shivering ducklings were taken in a paper bag down to the marina and set free. They were last seen chasing after an adult pair of mallards, who didn’t seem to want to know them.