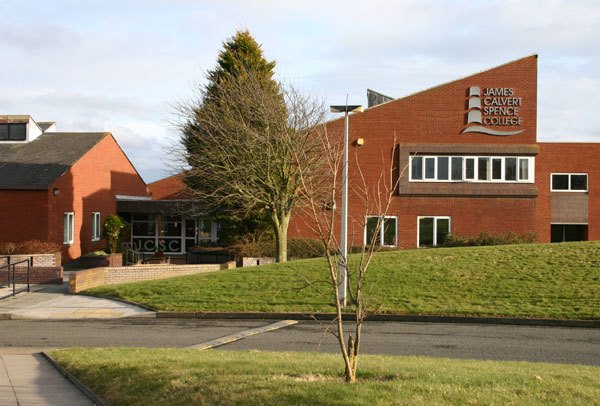 Parents and carers of pupils at JCSC Federation have received a letter from the governors, informing them that Christine Graham, who has been Executive Head of James Calvert Spence College for the last four years, has made the decision to leave, with immediate effect.

In the letter, Scott Dickinson, chairman of governors, told parents that he had to make decisions about the leadership of the federation. He had worked with the local authority to find an executive headteacher, who could take over immediately, and Mr. Jonathan Heath had agreed to fill the role.

Scott Dickinson says of him: “He is a well-respected senior education leader who I believe is just who we need in the college at this time to help us to continue to develop.”

Of the departing head, he says: “Christine has made a valuable contribution to the success of both schools within the Federation and both the college and governing body wish her well for the future.”

Jonathan Heath added this statement to the governors’ letter: “I am absolutely delighted to have been given the opportunity to join the James Calvert Spence College team on an interim basis to support all the students and staff during this period of transition. It is clear that the college is moving in the right direction with an impressive vision for the future.

“I am confident that we can move towards the summer break with a clear focus on learning and support that will enable all students and staff to look forward to an exciting new year at the college. I am very much looking forward to working with you all after half term.”

Robert Arckless NCC Cabinet Member for Children’s Services told The Ambler, “I am delighted to welcome Jonathan Heath to his new role and look forward to working with him.

“As a local member I take a keen interest in the schools in my area and JCSC has a very important part to play in helping to deliver the best possible education for the young people from our communities.”

In the letter, parents were reassured that the college is in “a strong emerging position offering fantastic education by a well-trained and dedicated staff”.

Applicants for JCSC’s new Executive Head are being sought and the successful candidate will be announced in July.