By Artograffi: Good Young Citizens praised for their good deeds 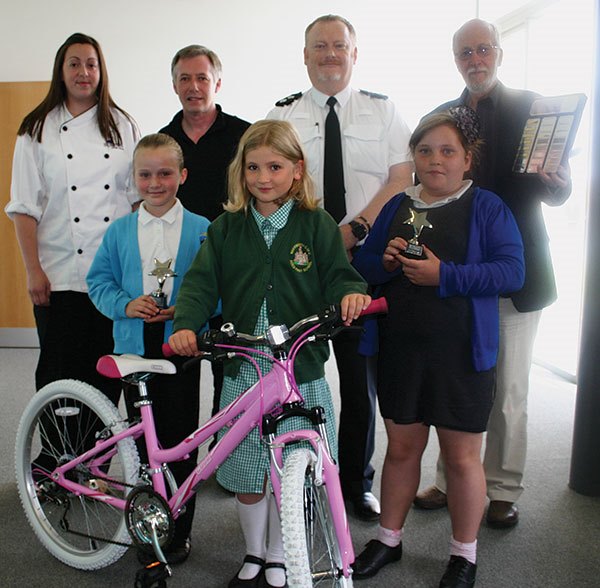 This competition was created by CSO Darin Fawcett, who believes that naughty people get given treats much more than good ones. The prizes, including trophies, vouchers, a lifetime supply of chocolate (10 packets and a massive tub of Haribo!) and a bike for the overall winner, are supplied by local places – such as Spurreli’s.

The ceremony was held in Fourways2 (home of Artograffi) and consisted of a speech for each of the nominees, Ava, Abby Coulter and Amber Lewins, the prize giving and then some of the special cake. Another of the prizes for the winner was the honour of getting to turn on the Christmas Lights, well done Ava – this is a prize worth winning!

I asked Ava why she thought she had won. She said “Because I raised money for Ulgham Nature Sanctuary and other charities including for Nepal.”

I asked what she thought were the qualities of a Good Citizen. “Honesty, loyalty, generosity, kindness and laughter” (sounds a lot like My Little Pony!)

She looked dumbfounded when she heard she was the overall winner. 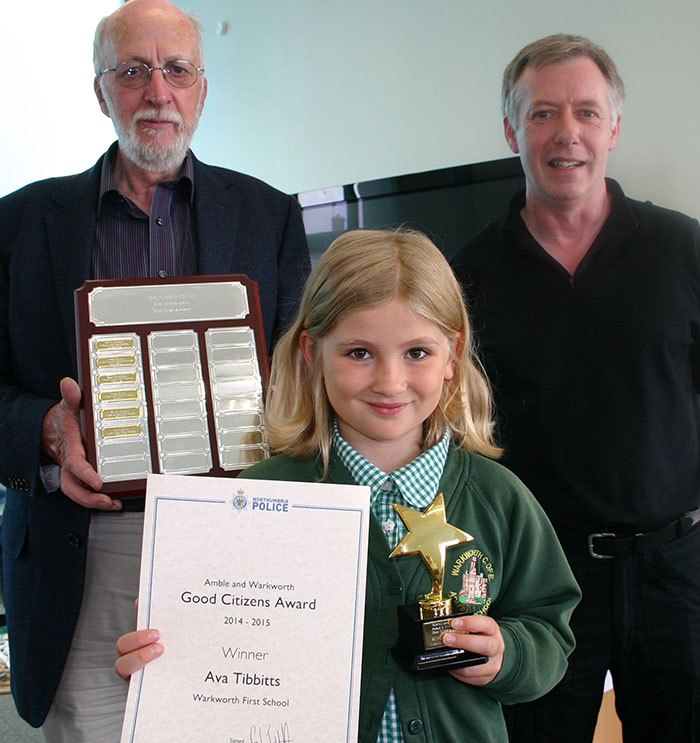 She and her sister Lily raised over £200 by making and selling loom bands at school and doing a sponsored triathlon. For the triathlon Ava had to do a 200m swim a 1200m run and a 2km bike ride.

At the good citizen’s award there were 3 people nominated Ava, Abby Coulter and Amber Lewins. Ava won a bright pink bike! “I felt dazzled and speechless when I was nominated but then I won!!!” said Ava.

We asked her mum what she thought: “Ava really deserved it and I’m very proud. The event was very well run and had lots of great support. Ava works very hard and deserves it.”

We asked CSO Darin Fawcett “Why did you create the Good Citizens Award?”

He said “Too many times nowadays you see children get rewarded for bad behaviour – some might get trips away and things like that. I thought it was about time children were rewarded for their hard work and outstanding behaviour at school and in the community. It’s not an award for those who are the best at certain subjects, it’s for those who try hard each day.

“When did you come up with the idea?”
“It was six years ago. I went round to local businesses, schools and the Amble community and asked what they thought. They were very supportive. Our first awards were in July 2009 and I’m hoping to keep it running for as long as I can.”

We also talked to Hannah from Spurrelis and asked her why they gave the bike. She replied “because it helps the community and helps recognise the good children.” 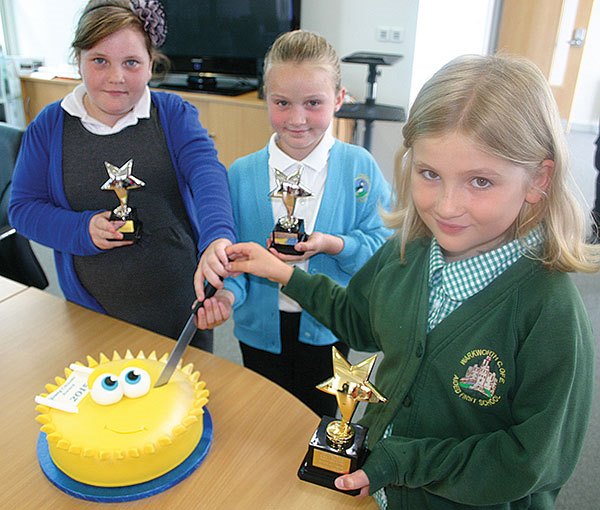 l-r: Amber, Abby and Ava with their trophies and cake

About Amber and Abby

Amber was nominated because she always perseveres. She won the best homework award, she is part of the school council and she has helped raise funds for charities.

Abby was nominated because she supports other pupils and helps to keep them safe and happy in the playground. She helps the RNLI and helps in the school garden.