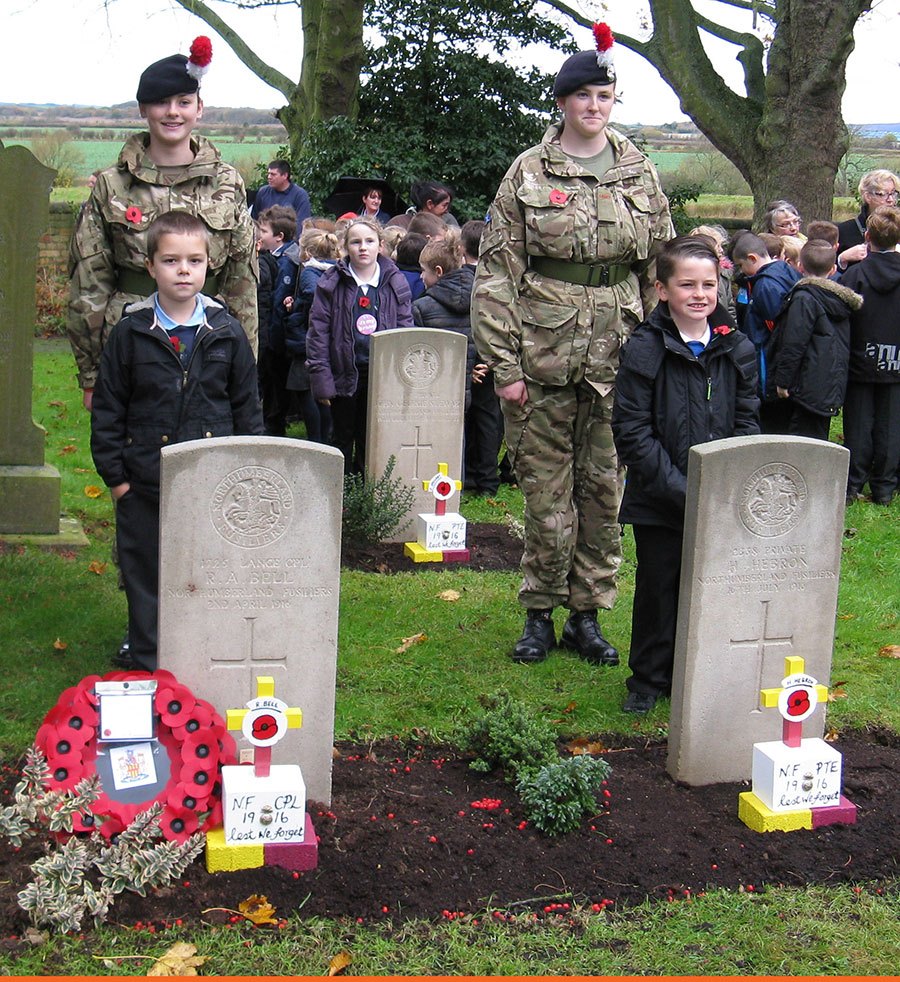 During the ceremonies to mark ANZAC day in April this year, Eric Turnbull noted that the WW1 commonwealth war graves in Chevington Cemetery had not been maintained in the same way as the WW2 graves.

Eric wanted to put this right so together with with his daughter, Sonia Curry and Nicola Lillico they tidied up the plots and planted some shrubs.

“The graves had been missed in previous memorial services” said Eric, Welfare Officer for the Royal Tank Regiment Veterans.

“But now they have been rediscovered and so we are having a service for them.”

At the service at 11am on the 11th, Revd Sue Reilly officiated and school children from Broomhill, Red Row and Acklington first schools were invited to lay a small tribute, made by Nicola, on the graves.

The bugler was Tony Griffiths of the Newbiggin Brass Band played who the last post and reveille.

Cadets from Red Row and Cowpen together with personnel from the Royal Artillery 101 battery provided a military presence.

A reception was held afterwards at the Brick Club, Red Row.

The community greatly appreciated the effort that Eric had put in.