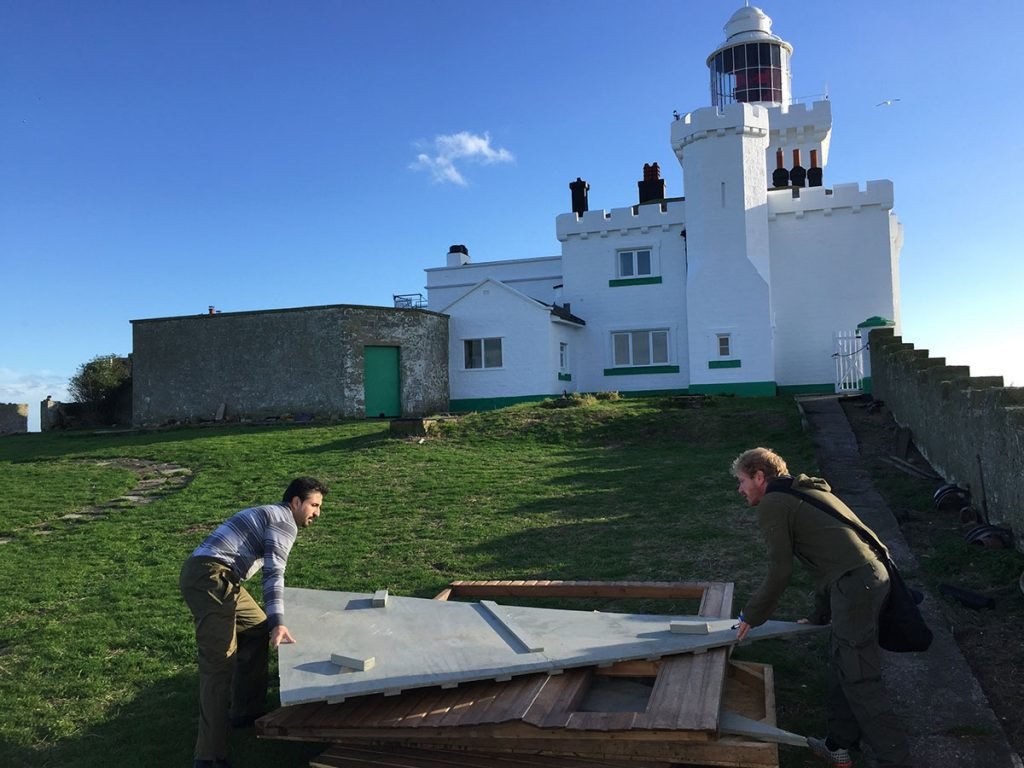 As the winter months close in, the island is filling with birds seeking sanctuary and good feeding. The coves and rocks around Coquet are havens for small flocks of birds like purple sandpiper and curlew. The grassy plateau is rich in spent seed which draws in rather special little birds such as twite, normally associated with meadows and farmland.

The RSPB wardens have concluded the third cut of the grass on the tern nesting plots and robins, blackbirds and wrens are taking advantage of the disturbed ground where we have been working.
Our Coquet colleague, Tom Cadwallender, is heading out soon to carry out a winter wader count to add to the data we have collected over the years, which gives us clues into how well the island is doing in supporting our Northumberland wildlife.

A new arrival on the island has been a rather quirky hide, donated from the TV producers of the Vera programme. The filming of the new series is complete and the hide (a prop in one of the episodes) is having a new lease of life as a base for researchers based on the Coquet. See if you can spot it when the programme hits our telly screens in spring! The programme also features the smithy workshop of our own blacksmith artist and Coquet volunteer, Stephen Lunn.

The only disturbance at this time of year is the arrival of drones on calm days. Flying these devices such distances from the mainland is actually illegal and the island is also a Special Protection Area (SPA) which is designation put in place to prevent such unauthorized disturbance. Technology is coming to assist and support the bird population in the form of an “electronic blocker” which will prevent this nuisance from recurring. It’s a shame a few can spoil it for the majority!