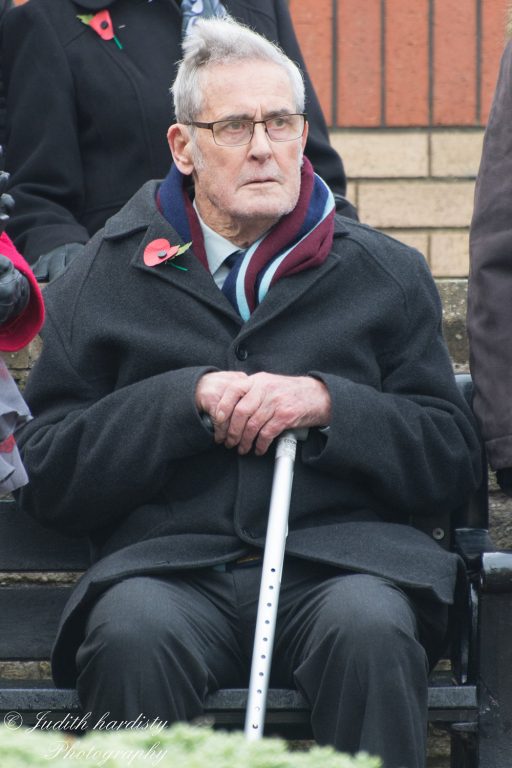 Ian Hinson has recently retired from local politics after being involved with district, town and county councils at various times and accruing 42 years of service.

In honour of this, he was awarded ‘Freeman of the town of Amble’ at the Town Mayor’s Christmas party which came as a complete surprise.

He said he was quite emotional on the occasion and felt honoured to be given this status by the people of Amble. However he told me ‘there are no perks to the honour.’

His career in politics started when he was canvassing door to door for Liberal candidate Alan Beith in 1969. People were telling him of the things that they would like to see fixed and eventually he thought ‘I can do something about this’ so in 1974 he stood for and was elected to Alnwick District Council.

Ian felt the district council was a good balance between the town council, who didn’t always have the power or the money to effect change, and the county council that had the power and funding but were more remote from local problems.

He still thinks it was a shame that the district council was abolished. Commenting on his work Ian said, “As a councillor it was always difficult not to raise people’s expectations beyond what was available or possible. There was a fine line I had to tread.”

Anyone who talks to Ian will be aware of his vast knowledge of all things to do with local government, he said ‘there was no training, some was absorbed by osmosis over the years, but on other occasions specific research was needed to complete the task.’

Ian has always had a passion for the local road structure, he said, “Roads are important for access, bringing people into the town, for work and tourism.”

He was particularly proud of the part he had played in the extension of Percy Drive beyond the houses and the industrial estate, to join up with the A1068.

He said ‘many local people had expressed their appreciation for the improvement to access and journey times.’

He has now passed the baton on to others, though he maintains an interest in what is happening and what needs to be done.