I feel there is a lack of pedestrian crossings in Amble. We have one on Church Street, one at the bottom of Middle School and one beside the Masons Arms. There is nothing at the bottom of Queen Street or to cross over into the town square.
The Highways have been informed of this problem and are going to carry out a survey sometime after Christmas. A good place to have one or two Zebra Crossings would be to use the speed humps beside the CO-OP Funeral Parlour and the one beside the Town Square as they are the ideal height for wheel chair users and other walking aids and also for parents with young children, prams and buggies.
If these were designated places to cross the busy road it would make it a much safer place to cross for everyone. 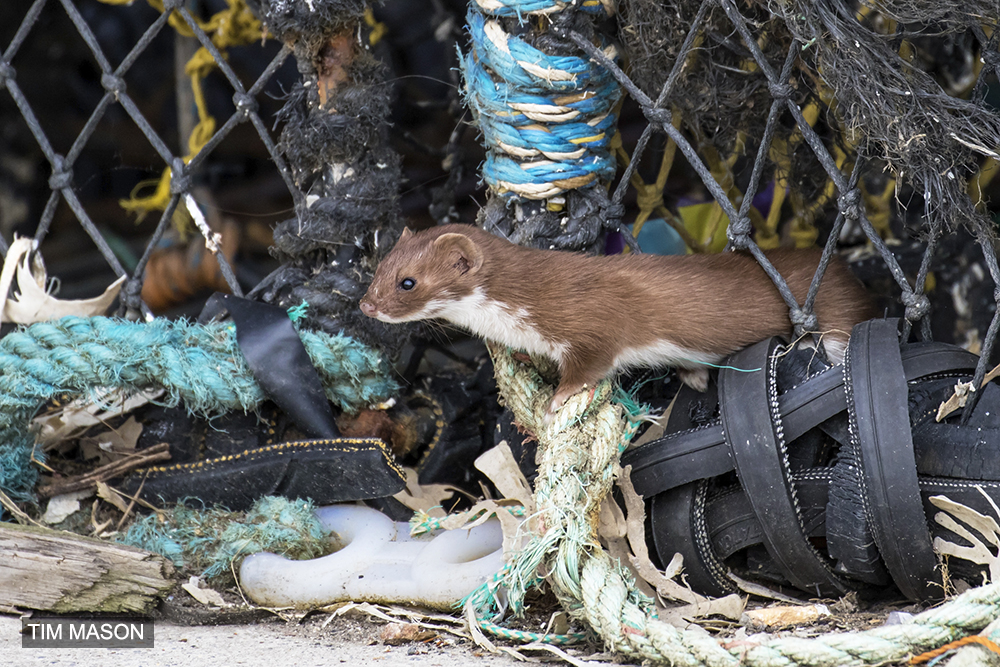 I read with interest in the Ambler the letter about birds becoming trapped in crab pots.
I regularly walk around Amble harbour and often find and release birds trapped in the pots. To date, they have always been House Sparrows but last Saturday I found three trapped Starlings and, with the help of one of the fishermen, managed to release all three successfully.
I once discovered a Weasel emerging from one of the pots (see photo) and now know why it was there!

I would like to inform your readers of the comments and objections I have submitted to the NCC planning committee concerning the Signal Cottage site
The demolition of Signal Cottage was undertaken without planning permission. It appears to have been an attempt to press ahead with a money making venture, not in response to the dwelling being unsafe or vandalised.
Since the demolition the local authority has allowed the site to be left as a dangerous derelict eyesore which has spoilt a beautiful area.
I have examined the title deeds and plan held at the Land Registry and believe the proprietor has encroached on dune land not within her ownership. Building rubble has been piled along the side of the access road, an area not on the deeds.
Has the local authority issued fines with regard to this illegal act of tipping?
The latest plans detail a two-storey structure with a cylindrical tower (resembling a grain silo) which will have a visual and physical impact on the area. We don’t need a ‘nod’ to the lighthouses and castles of Northumberland; we already have the genuine article! I believe –
• Major excavation and building works should not be allowed on this fragile site.
• A modest detached dwelling should not be replace by a commercial enterprise.
• We should not set a precedent for similar developments on coastal dunes.
• A detached single-storey property in keeping with those at Low Hauxley and other coastal locations would be more appropriate.
• Development of this kind is not needed, common sense should prevail.
• No one wants stagnation, but that doesn’t justify intrusive planning without merit, to clear a derelict site created by the owner.