A touch of Country and Western comes to Amble

Northumberland Theatre Company (NTC) is bringing a touch of Country and Western to the North East coast. Described as “Scotland’s Best Kept Secret,” Glasgow’s John Miller and his Country Casuals will be bringing their “Honky Tonk Merry Go Round Country Music “to the Dovecote Centre in Amble on Saturday 2 November. 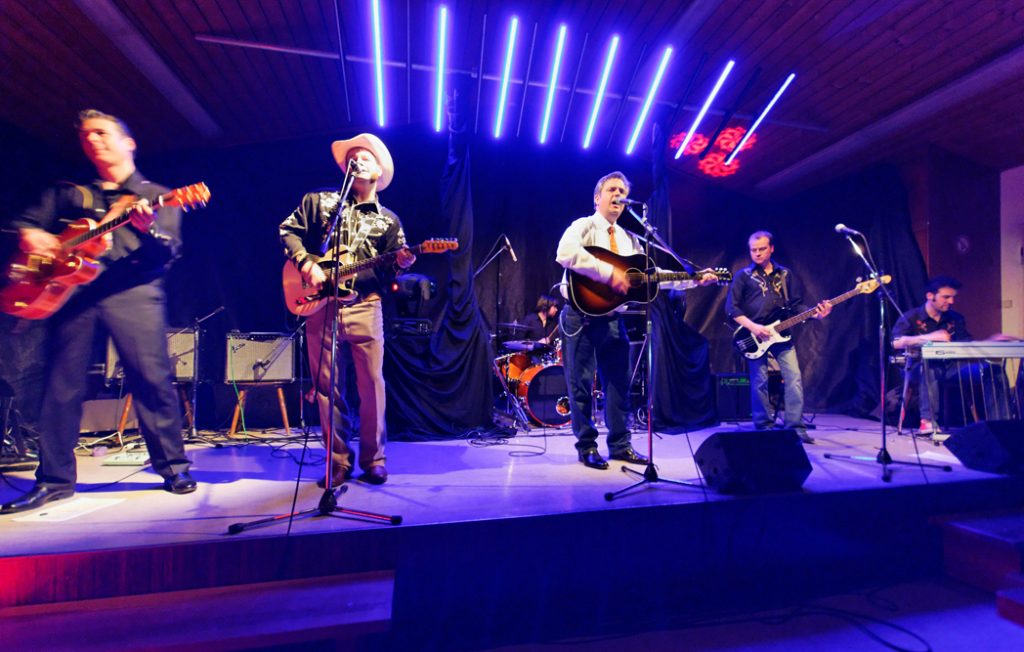 A lifelong Country Music fan, John Miller started his singing career at the tender age of 15. Now, some 40 years later he has developed a style unequalled in the UK and seldom heard elsewhere.

Voted Country Singer of The Year by BBC Radio Scotland listeners, John Miller, along with his Country Casuals, has toured extensively in the UK and Europe and has appeared on TV and Radio including sessions for Bob Harris, Mark Lamarr and the late John Peel.

Once the domain of older men and women in cowboy hats, country music is making a resurgence in the UK. A recent study by the Country Music Association found that those reaching young adulthood in the early 2000’s are now making up the largest segment of the UK listening audience, almost one-third of whom have tuned in to country music during the past five years.

NTC Director, Gillian Hambleton said: “We look to bring art, music and drama to the Dovecote Centre which will appeal to all aspects of our community. Country music is going through a renaissance and we’re delighted to be bringing one of the biggest names in the genre to Amble.”

John’s special guest in Amble will be Miss Emma Nelson (of Emma and The Ragmen).