Well done to everyone who took part and made such beautiful masks, banners and lanterns in the biggest parade yet. Workshops were organised by Frances Anderson of Dry Water Arts. And outstanding work by Amble Coastal Rowing Club who made a replica of Coquet Island and a giant lobster with mini chefs for his tea! (Below right and right). Amble’s good young citizen 2019 Ollie Dryden switched on the lights, and music was provided by street band Meze Mundo and singer Jodie Elliott. It all made for a magical evening.

Organisers of the Torchlight Procession have declared this year’s event the “best parade we’ve ever had.”
The parade included community groups of all ages including Curiosity Café which is run for people with dementia, and Heatherdale. Youngsters included Brambles and Jelly Beanz Nurseries Amble East End Juniors, local first schools, JCSC, and the Amble Youth Project. 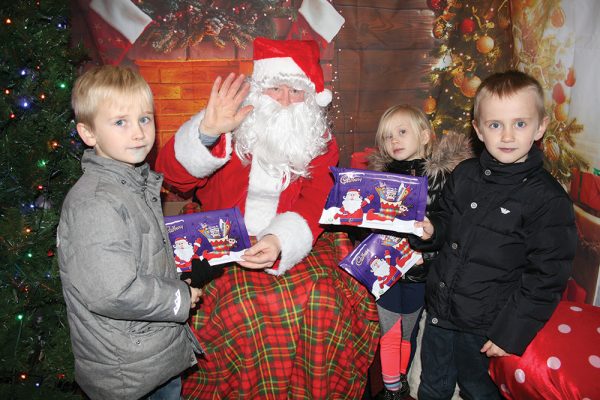 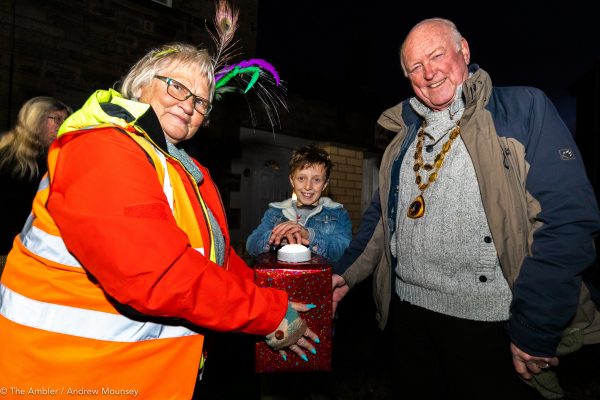 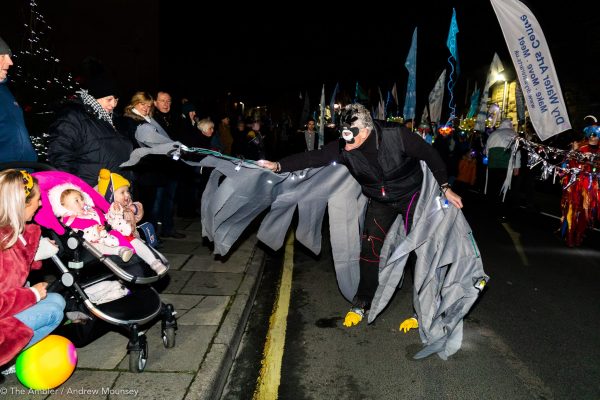 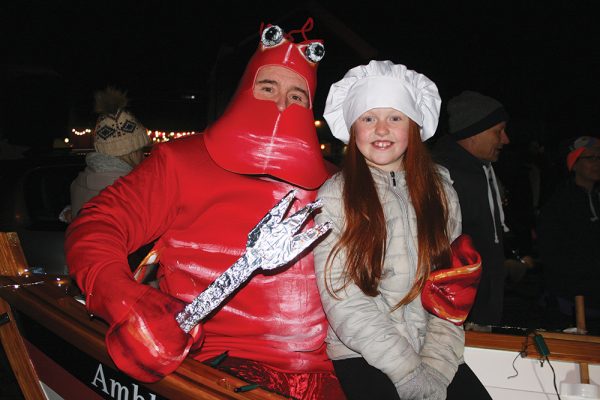 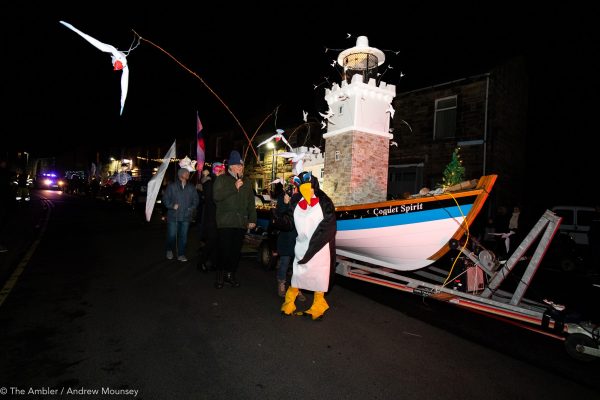 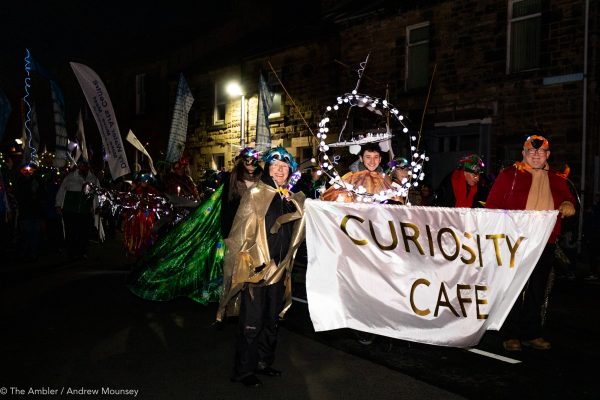 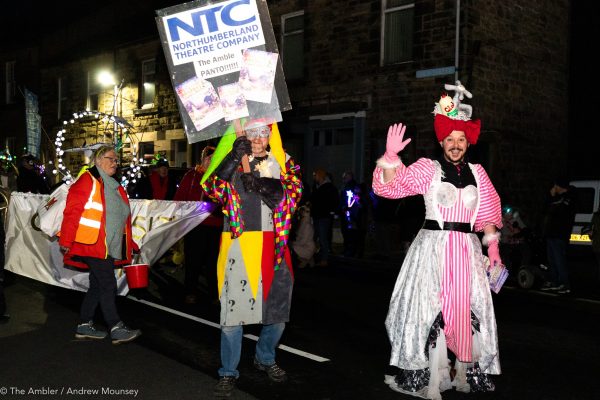 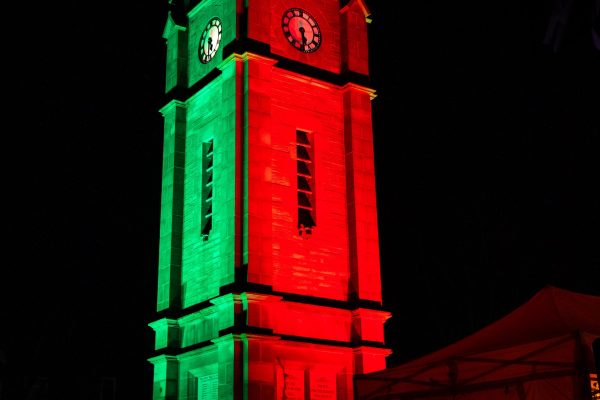 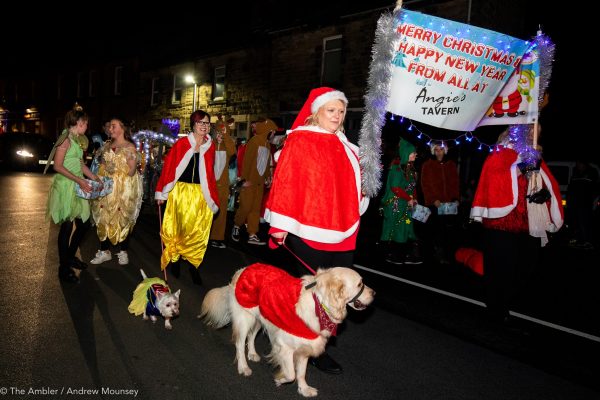 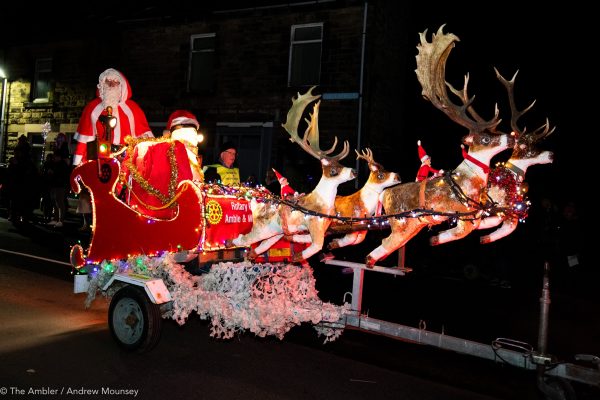 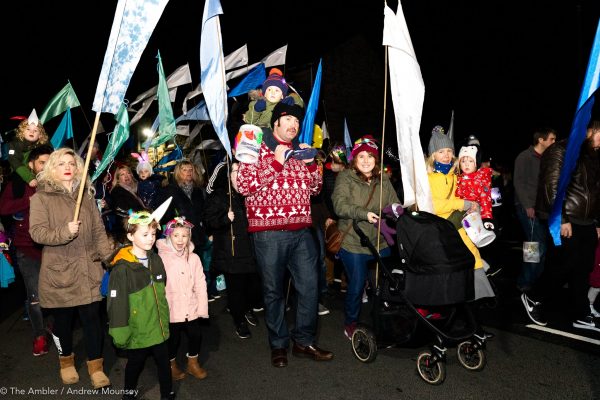 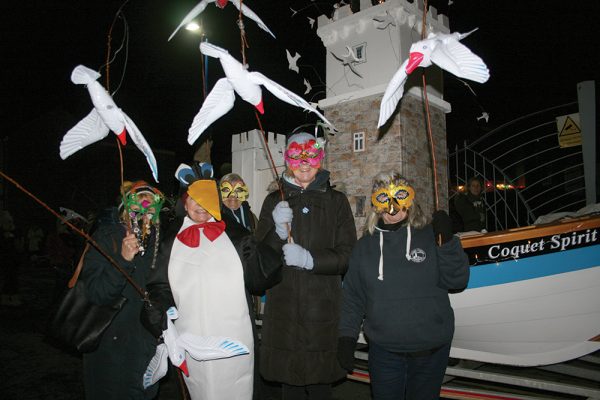 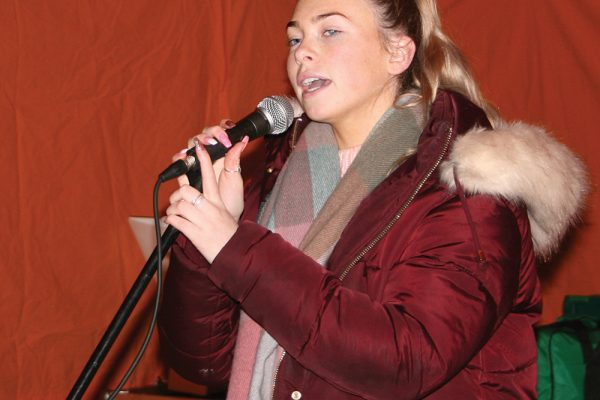 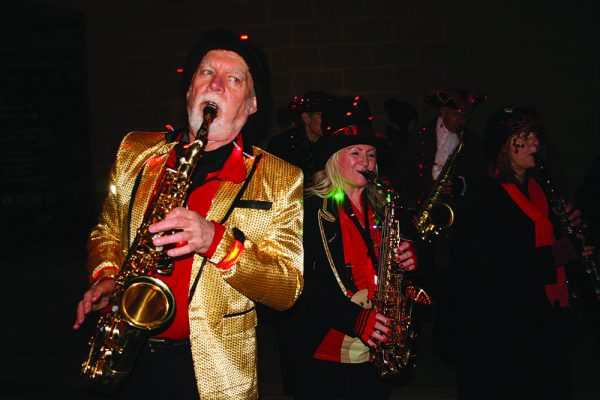 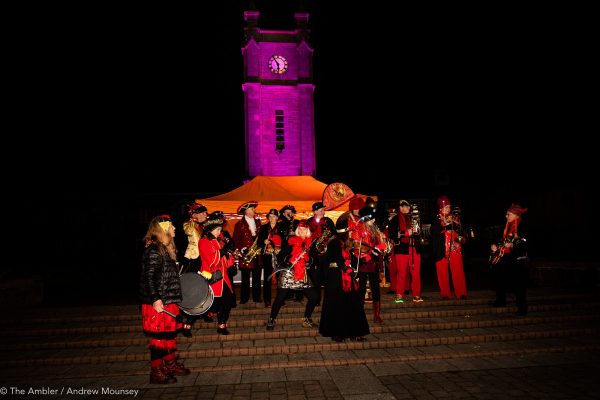 The mask and lantern workshops were held by Frances Anderson from Dry Water Arts and were funded by the Northumberland Cultural Fund and the Co-op Local Community Fund.
A spokesperson for Amble Events Committee said, “It was definitely the biggest procession we’ve ever had, and we want to thank Frances Anderson for her amazing vision and hard work running the workshops and producing the masks and banners, thanks to the wonderful Christmas Lights team and thanks of course for the support of the community for making this the best procession ever.”