She is Lady Marmalade

Congratulations to Sandy Higson aka the Mad Jam Woman who has scooped six prizes at this year’s World Artisan Marmalade Awards. Sandy won a prestigious gold for her Lemon, Ginger and Chilli marmalade, as well as taking four silver medals and a commendation. 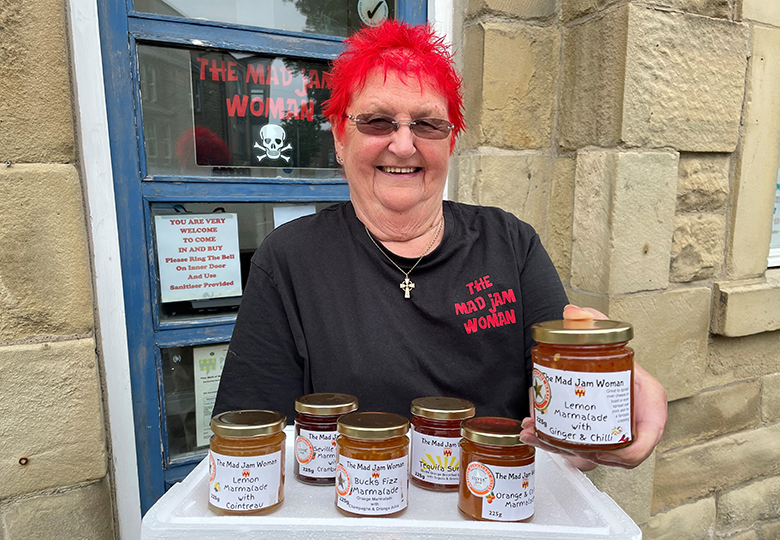 She told The Ambler: “I’m over the moon to have won these awards, especially the gold. I couldn’t believe it when I saw the results, it was 7.30am and I was still in bed. I rang my friend to tell her – it was just as well she was up!”

Despite the pandemic and multiple UK lockdowns, the Marmalade Awards received a record-breaking number of entries this year, with over 3000 jars from more than 30 countries worldwide including Japan, Canada, Australia, Kuwait and the Dominican Republic. The Artisan Awards are judged by an expert panel including food writer Dan Lepard and Fortnum & Mason Grocery Buyer Sarah Metcalf, and this accolade denotes a marmalade of exceptional quality.

The Awards are sponsored by Fortnum & Mason and Rathbones and are proud to raise money for palliative care around the world and so far have raised over £270,000.

Sandy’s marmalades can also be purchased in Amble at Fourways 1, Northumberland Seafood Centre, and The Galley on Queen St. You can also buy her preserves at Turnbulls in Alnwick, Robsons in Craster and Sea Breeze in Beadnell.

“People from all over the world take part in these awards, so it’s a marvellous feeling to be told your marmalades are world class,” said Sandy.

For more information on the Marmalade awards, see https://www.dalemain.com/2021-award-winners/