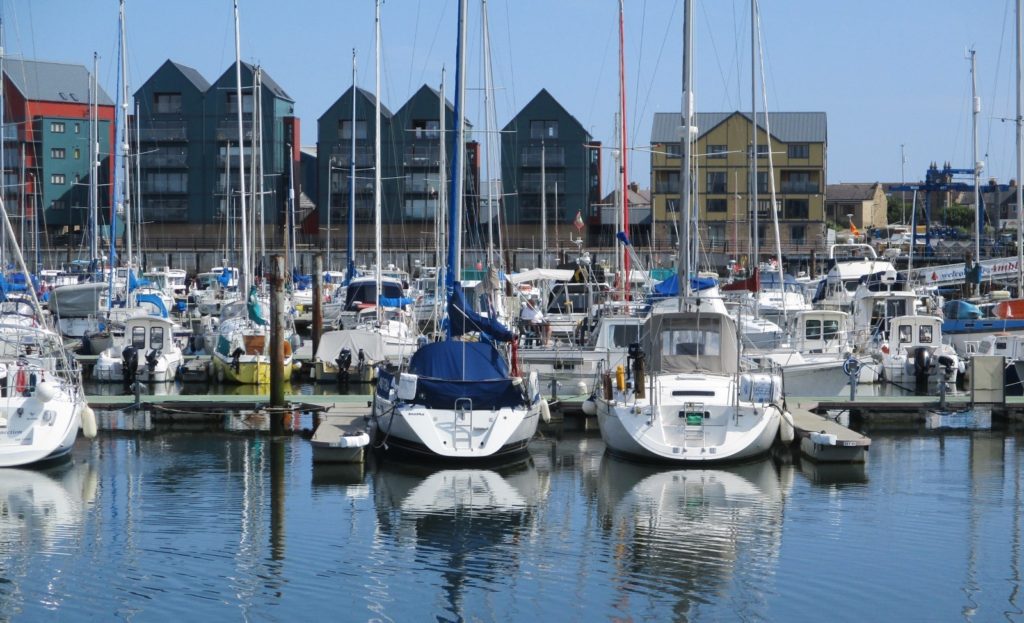 Frankie Simpson, aged 11 has won a family holiday at a Park Leisure resort after taking this picture of Amble Marina.
Second place winner was Shannay Ugwu (8), and third place was won by Nina Baxter (9) and Issy Dunn (8) We asked Frankie all about it.

Congratulations Frankie, well done. We hear you won a holiday!
Tell us about what happened
We were at Amble youth club and we done a day where we walked around Amble and took lots of photographs, I was having so much fun with the camera. I took hundreds of pictures and I had to get another memory card for my camera and afterwards they entered the pictures in to a computation

Can you tell us a bit about yourself?
My name is Frankie Antonio Simpson. I am 11 years old. I live in Essex with my mam, Mel Davito. I go to West Hatch High School in Chigwell Essex, I love cars and motorbikes.

Do you come up to Amble very often?
I spend all the school holidays in Amble with my Dad and Step mum and stayed all through the lockdowns because my school was closed.
I love to come to Amble because I have my brother Theo-Jay and two sisters Felicity & Billie-Jo to play with.

Did you enjoy attending Amble Youth Project and what was your favourite part?
I loved it because I made lots of new friends. We got to go round Amble and take pictures of anything we liked.

Do you take photos very often?
Yes but only with my phone and tablet but I have hundreds of pictures saved on my phone because I take so many.

What inspired you to take this photo of the Marina?
I like engines and from the marina I could see lots of engines on the boats

Is this a photo of your favourite part of Amble?
I like all of amble because there is so much to do and loads of nice beaches and castles close by and not like where I live. My favourite place is the little shore

Are you looking forward to going on your holiday?
I am super excited I can’t wait and think we are going to have so much fun.

Recently, due to social media and a general increase in the awesomeness of women, there have been tonnes of female role models becoming known. Especially in sports, but also music, science and the arts. Here are a few of our favourites.

Emma Raducanu– she started playing tennis at age 5 and now, at 18, has won the US open. She credits her parents for part of her success, as they were tough on her in her childhood. By 12 she was playing international tournaments so it’s really no surprise she has reached such dizzying heights by 18. She also had to qualify to get in to the US open to be able to complete. Now a millionaire, she has inspired many young children round the world.

Nandi Bushell– an 11 year old who recently played drums with the Foo Fighters. She has been playing drums since her father taught her at 5, and began posting covers to YouTube at age 6. In August 2020 she challenged her hero Dave Grohl (of Nirvana, Foo Fighters, Them Crooked Vultures, etc) to a drum off; the internet went crazy for it. Incredibly, Nandi won. She was rewarded with the chance to close the Foo Fighter’s show. She dreams of starting a band and continues to pursue music outside of drumming.

Sky Brown– Sky recently competed in the Olympics for park skating. At only thirteen years old, she won bronze! She is the youngest professional skateboarder, and competed among many other influential young women. And she did all this despite a horrific fall in May 2020 where she fractured her skull and broke her left wrist and hand. Her perseverance and passion for her sport is inspiring. Also, her smile is everything.
Here at Artograffi we haven’t done anything quite as cool, but these incredible women are a constant reminder to keep on trying and be generally cooler
By Ava and Megan

Should we ban video games for people under 18?

In China a law has passed that says you can’t play video games for more than three hours a week this is to stop video game addictions.

Is this law a good or bad thing?
Well it’s good because it stops children playing video games every hour of the day. As in some reports it has said that children refuse to eat, drink and sleep as they are too addicted to video games. In one report it said a person head-butted his mum because she told him to turn it off.
It’s a bad thing because some people rely on video games to make friends and socialise so without those socialising skills online people can’t rely on video games to make friends they will fail to understand how to make friends in real life as it is harder.
I think yes social games should have a time limit but things like candy crush, manor matters etc. should be allowed as no socialising skills are involved so they won’t affect people’s social life. But people should be careful on how long they play games like that.
by Hannah

It was the November 5th, bonfire night. Bethany looked at Ozzy and said; ‘I know how much you don’t like this… Sorry, but I can’t stop it,’
Ozzy had dreaded this day ever since he was a little puppy. He hid under furniture, cuddled with Bo, and stared outside the window – waiting for anyone to come – he wouldn’t mind if this was Megan, Bethany, Grace, Hannah… anyone! He knew at night everyone would leave and he would be left alone with Bo. Then, he would start hearing loud and scary bangs coming from every direction.
‘Ozzy! Bo! Come here!’ Megan shouted ecstatically. Ozzy and Bo both sprinted to the kitchen, to see Megan and Bethany holding their favourite treats. Bethany threw the treat to Ozzy, and he caught it in the air – he then happily ate it. ‘I’m sorry, Ozzy.. Bye!’ Bethany sighed.
‘See you! Bye!’ Megan shouted joyfully, ‘I can’t wait to see these fireworks.’ Then they left, locking the door behind them, but leaving the garden door open just in case any of the dogs needed the toilet.
A few minutes after they left, the banging started. Bang! Crack! Boom! Pop! Ozzy ran frantically around the dining table. What would he do? He has to protect his family, but the a fence was in the way!
Ozzy managed to spot some crates, stacked like a staircase, so he sprinted at top speed to climb up the crates. He managed to jump over the the tall wooden fence, and then started sprinting towards the loud bangs. It was a guess, but his instinct told him to.
After a while of running across the Amble streets, Ozzy could see his family making their way to the fireworks, so he alerted them by barking loudly. ‘Ozzy! How did you get here?’ Bethany sighed ‘At least I brought noise-cancelling headphones. You can use them!’
Ozzy wore the headpones, happy to not be alone anymore. 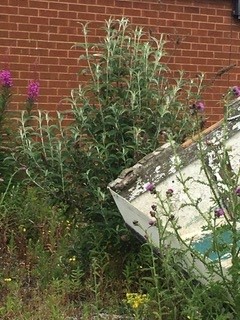 When people think of wild areas they often think of woodlands and forests, or even rolling fields and meadows, but when it comes to certain plants people turn their noses up. Areas with weeds are seen as untidy and against our perfect pictures of nature, but they can actually be very wild too.

Many of those native ‘weed’ flowers that appear in your garden early on in spring are great for the bees and butterflies, growing easily and providing pollen and nectar to get them through which otherwise would be hard to get. Weeds help the ecosystem, are easy to maintain and are able to adapt to their surroundings, but they’re also the first plants to ‘colonise’ a particular area to make it suitable to growing.

This is what’s happened in a particular place in Amble. The strip of land at the rear of Broomhill Street used to be used for boat storage and had a hard core put down on it but, despite the challenges, nature has thrived over lockdown.

“The area has been covered with a wide range of wild and native flowers,” says Sue Rzepczynski, who lives near the area and is advocating to keep it wild, “It’s a haven for insects, butterflies and bees, not to mention the rabbits and birds who have made it their home.”

Recently, weed killer has been put down and there are plans to cut back the weeds after people have complained that it looks untidy, but this could be the perfect opportunity to let nature reclaim some of the land. “Recent climate events are a loud call to us to try and repair some of the damage the human race has done.”

If this area and places like it could be made even better and developed into a protected, wild habitat then it could be something for Amble to be proud of. With some informative signs explaining the wildlife diversity and the purpose of the place, people might begin to appreciate that weeds aren’t the untidy nuisances we think they are.

The best course, as always, is letting nature take the lead.
By Lily