One way system ignored by motorists 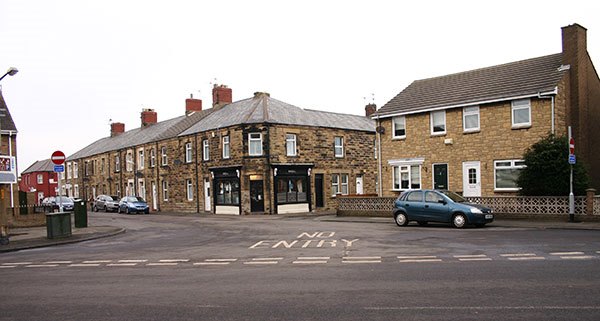 A one way system introduced at the harbour area in December is still being ignored by a handful of motorists, say residents. And despite increased signage and road marking, motorists are still driving the wrong way along Leazes Street.

The temporary one way system was introduced from the bottom of Queen Street, along Coquet Street and Leazes Street, ending at Newburgh Street. The intention is to trial the system for twelve months to see if it will ease traffic congestion along the harbour area.
In the last issue of The Ambler we told readers of the County Council’s one way plan, which was due to be introduced on 15 December. However, two months later, some motorists are still driving west along Leazes Street, and the change has increased the number of HGVs now using Lawson and George Street.
Poor signage and a delay in implementing the one-way system was blamed on the initial confusion.
A failure by the County Council to notify residents of the change, resulted in the start of the scheme being delayed for a week, until just before Christmas. Many locals had not been made aware that Lawson Street and George Street were included in the one way system.

During January the scheme was monitored by the County Council and signage and road markings were improved. But some drivers are continuing to drive the wrong way, causing concerns among locals that an accident is waiting to happen.

Several commenters on our Facebook page claimed not to know about the one way system. One claimed it was unnecessary and ‘ a farce’.

‘Old habits’ were cited as a reason, as was the width of the Leazes Street junction making it difficult to see the new ‘no entry’ signs and road markings.
Here are a selection of your Facebook comments:
DH: “It’s a mixture of habit and people not looking at signs”
CT: “I do believe there is a few innocents (the signage needs to be better at the large junction ) but I see regulars who are zipping down the wrong way to Broomhill Street. There has been more police presence stopping cars but, my concern is cyclists. Not yet, but come summer they are allowed to go in the opposite direction to traffic. This may be part of the national cycle way but I think this needs to be considered – cycle lane maybe ? Just a thought ….”
JF: “the [Leazes Street] junction is big …but so is the letters saying NO ENTRY !”
RW: “What if a child came out of their house and just looked one way in the direction the traffic should be coming? Would people be saying oops then or saying the child should have been taught the green cross code and check both directions? If you drive then you know the Highway Code and know how important it is to follow it.”

Give us your views; email editor@theambler.co.uk or join the discussion on Facebook/TheAmbler

2 thoughts on "One way system ignored by motorists"