Amble Triathletes battle heat and a tornado in World Championships 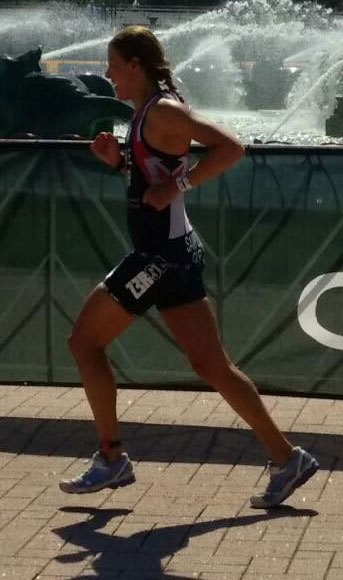 Tracy Sample running in 38  degrees C, and expecting a tornado.

Sporting prowess doesn’t come much better than to represent your country in a World Championship. To have three local people competing for TeamGB in the 2015 Triathlon World Championships is a remarkable achievement.

Amble athletes Tracey Sample, husband Ian Simon and Aquathlon European Champion Jo Gascoigne-Owens travelled to the Championships in Chicago for the four day event, which was held on 15-19 September.

Jo competed in the Elite Aquathlon, and Ian and Tracey in the Age Group Aquathlon and Sprint Triathlon on back to back days – a tough schedule. 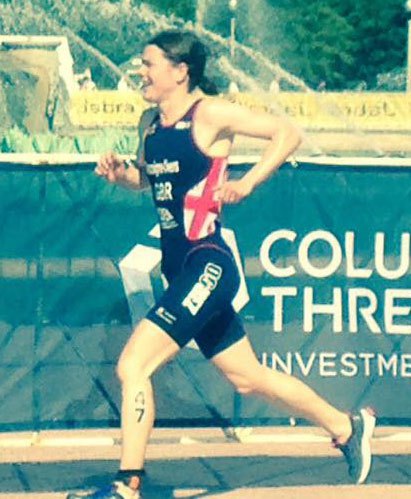 The following day both Ian and Tracey were in action again, swimming and running but with a 20km bike between. The heat was worse at 38 deg C; tornado warnings almost cancelled the race. In fact the final races of the day were rescheduled and distances reduced to ensure the safety of competitors.The tornado did arrive – just two hours after the finish of the race.

Unfortunately a current was in place that made the swim worse than the aquathlon. Ian was 43rd out of the water but 17th fastest on the bike and had the 6th fastest run to pull himself up to 12th place in the male 45-49 category.

Tracey was 47th out the water but despite gaining places on the bike lost most of them again on the run, to finish 46th in her age group.
Jo’s was an exceptional achievement as she was racing against professional athletes.

Tracey wrote on her Facebook page: “Again extreme weather conditions dictated the outcome of my race. I finished mid table but wanted to be top third. Not as good as I wanted but better than I initially thought when I finished. Tried to enjoy the atmosphere and did get some high fives in at the end. It is an amazing experience and I’m privileged to be part of it.” 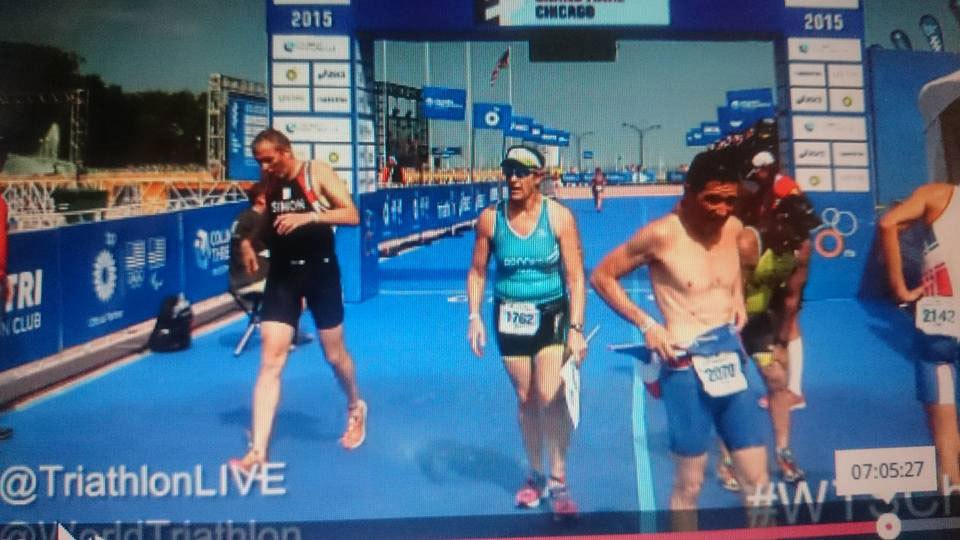 Ian Simon on US TV as he crossed the line

Jo told The Ambler: “It was a great experience all round. I was 8th in the Elite Aquathlon, so delighted with that in a very strong field.

“Tracey and Ian did really well in the aquathlon and triathlon too. Not bad for three folks from Amble!”