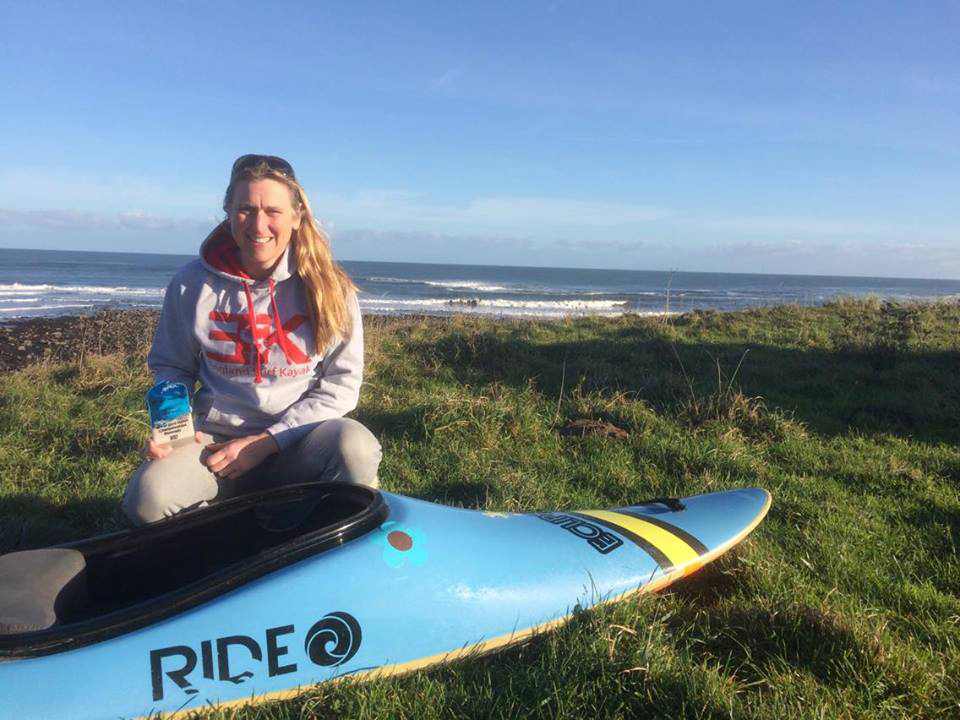 Congratulations once again to Tamsin Green, who has retained her title at the 2017 kayak surfing World Championships, held in Portrush, Northern Ireland.

“It felt good,” she said. “I was genuinely very pleased retaining my title. The conditions were crazy; we had 15ft waves on the first day and the tail end of a hurricane. We even had the RNLI on standby. By the end of the week it was 2ft and very calm conditions.”

Competing against individuals and national teams from all over the world, Tamsin also helped the England team to a closely fought second place. “You’ve got to have belief. It was so close between the first two places. I think if we’d just had more belief, I think we’d have won it.”

The surf kayaking championships are held bi-annually, and Tamsin’s achievement is remarkable by any standards.
“I put it down to bloody mindedness,” she laughed. “I am competitive, but mostly with myself. And I’m really pleased to say that the women’s competition is now as good as the men’s. Since the World’s in 2011 the bar has been totally raised. Before then, it was, ‘oh the conditions are calm, let’s put the girls’ teams out’. But in 2011 we had the opportunity to surf properly. It was a game changer. We’re as good as the boys now!”

He said “It was great to compete so close to home in the UK. The waves were fun and it was great to see the whole surf kayak community enjoying the craic.”

There is no public funding for the sport, so Tamsin and Dan have to pay for everything themselves. This was expensive enough travelling to Northern Ireland, but the 2019 championships will be held in Peru. Will they attend?

“I think, if you win, you should go back and defend your title. The opportunities for kayak surfing in Peru are amazing.”
Think that’s a ‘yes’ then

Fancy having a go at surf kayaking? Contact Coquet Shorebase Trust or Coquet Canoe Club on 01665 710367