Memorial to crew of RAF Pinnace 1386

On Sunday 3 June, a memorial service will be held to commemorate a tragedy in Amble harbour, when three RAF crew members died. 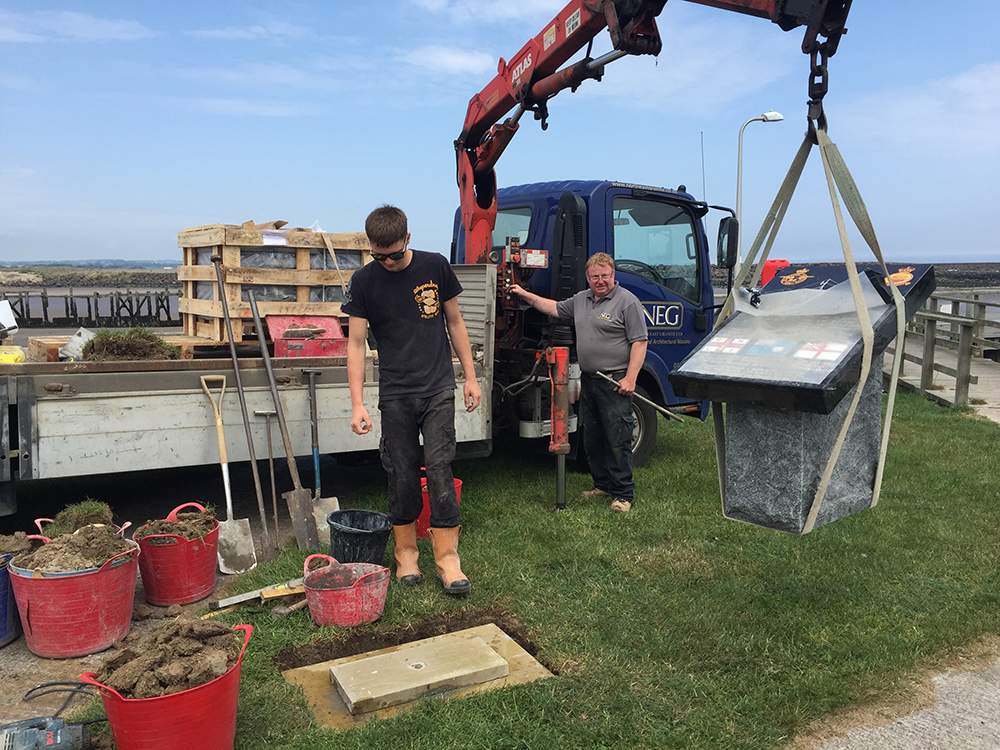 Amble lifeboats, together with HM Coastguard and the Search and Rescue squadron from RAF Acklington spent hours attempting to rescue the crew of the stricken vessel. Local divers also joined in to help free the men.

One crew member survived after Royal Navy divers managed to create a hole in the upturned hull, from which he managed to escape.

The survivor was Sgt Robert Moore BEM (Marine Engine Fitter). Sadly he is unable to attend the service due to circumstances beyond his control.

The memorial service will take place on the Quayside next to the pier at 2pm on Sunday 3 June. It will be attended by family of the crew and rescuers, together with representatives from the RAF, Royal Navy, and Amble RNLI. The memorial will be unveiled by Wing Commander Tim Brown RAF and blessed by Rev John McDermott. Dignitaries will include Lord Lieutenant of Northumberland’s Deputy. Gp Capt. Tim Willbond, the Mayor of Amble, and Warkworth Harbour Commissioners and Harbour Master.

Over £7,000 has been raised for the memorial by past crew, relatives and a donation from Amble Town Council.

Fundraiser and memorial organiser Markham Jones said: “Much gratitude is also widely felt for those local Amble rescue services and individuals also Local RAF and Naval units who took part in the rescue of the crew of RAF Pinnace 1386 on that fateful day”

One thought on "Memorial to crew of RAF Pinnace 1386"