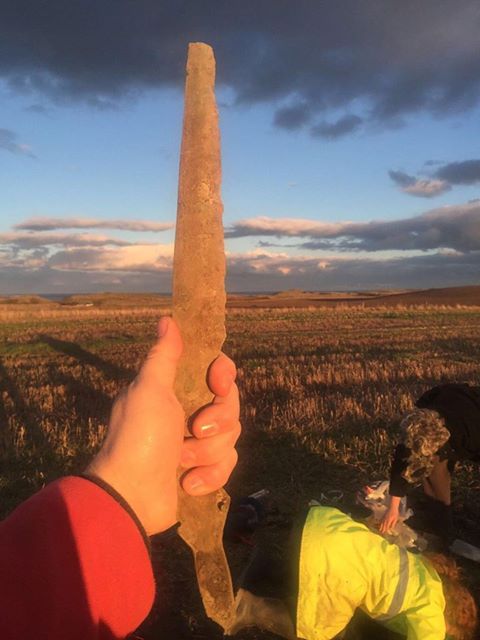 A local detectorist has discovered a Bronze Age hoard in a field near Amble. The collection of 56 individual pieces including spearheads and axeheads has been verified by the British Museum and will now be returned to the region.

The detectorist, who didn’t wish to be named, told The Ambler he discovered the haul while using his metal detector in February 2016. “It was very cold that day. I dug out two axeheads and then I realised how much more there was. I contacted the county archaeologist, and they removed the rest. It took a while to get it all out.”

Sadly a bowl was damaged as it was removed, but the items were carefully taken away to be assessed by experts at the British Museum. It has taken two years, but now the hoard has been designated officially as treasure, and The Ambler understands will likely be acquired by the Hancock Museum in Newcastle.

When artifacts like these are discovered by metal detectorists, any reward must be shared with the landowner. And even though they were valuable to the Bronze Age person who buried them, their monetary value today is considerably less. “What would probably have been worth a BMW in today’s value, is now likely to be the equivalent of a second hand Robin Reliant,” said the detectorist.

Although our coastline has a history of Bronze Age burial cysts and finds, there has been no other similar discovery of that age in the area*. There are many hypotheses as to why, nearly three thousand years ago, a trove of weapons was buried by someone who, for whatever reason, never dug them back up. Were they buried complete with handles or fixings? Or was it just the metalwork which was important to the Bronze Age hoarder.

Archaeologist Clive Waddington who led the recent excavations at Low Hauxley told The Ambler: “It is very doubtful that the axes and spears would have been intact. Usually they are tightly bagged together. They could as likely be the hoard of a metalsmith, keeping metal for melting down into new tools/weapons, as a hoard of ‘treasure’/valuables.” 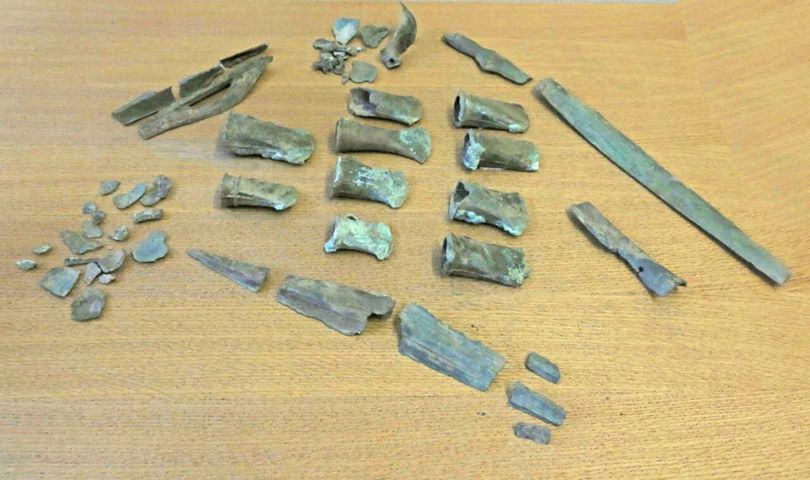 The objects date from 950-750BC and consist of fragments of copper alloy swords, spearheads, and a bowl/cup or ladle. The items have endured millennia of hunting, farming, mining and general life going on all around, surviving ever deeper ploughing techniques, especially in recent times.

The detectorist was amazed and delighted at his discovery. “This hoard was found between eight and 17 inches from the surface, so the plough has just missed it every year. It’s quite remarkable.”

*A hoard of 128 silver coins was recently discovered at Warkworth. These have been dated to between 1464 and 1509.