Local blacksmith is officially the best in the UK

The man who created Amble’s peace sculpture has just been awarded the most prestigious prize in blacksmithing – for the second time. 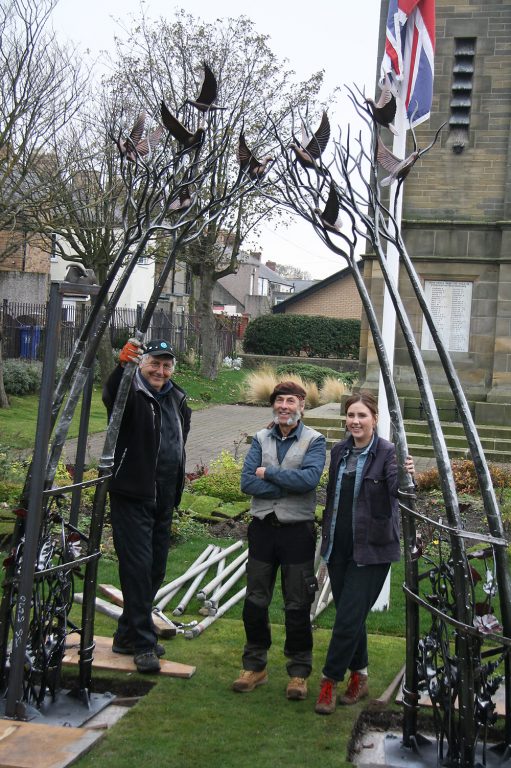 Stephen Lunn was awarded the Tonypandy cup by the Worshipful Company of Blacksmiths, just days before he completed work on the stunning new peace sculpture which has been placed in Amble’s Memorial Gardens.

The sculpture was commissioned by Amble Town Council to mark the centenary of the end of WW1.

Stephen told The Ambler he was very honoured to have been invited to create the sculpture: “It’s a terrific honour both because they had faith in my designs, and because this is my local town.”

Amble’s mayor Craig Weir said “The town council wanted to make a sculpture that was unique and to be synonymous with peace, and for those who are serving and who have served. Not a memorial to the dead. We chose Stephen because he’s a local artist, and we’ve always admired his work.”

Money for the sculpture, estimated to be around £25k, came from public contributions, Amble’s two county councillors, and the town council.

Stephen said “They gave me the themes of peace and happiness around the world, and they wanted trees, doves and poppies involved.”

The design chosen by the town council took six months to complete, and included words and phrases chosen by the community in a vote. Stephen has hammered and hand forged each piece of mild steel in his workshop in Red Row, which was then galvanised. He said, “I’m over the moon with the finished piece.” 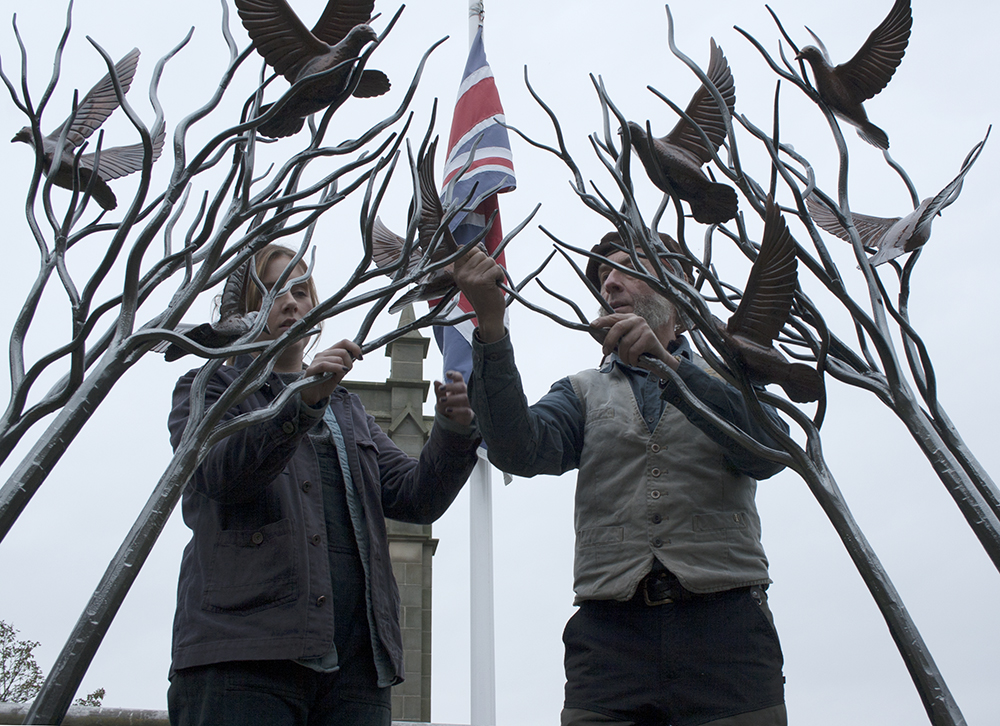 Ashlee and Stephen adjusting the sculpture

The prestigious award from the Worshipful Company of Blacksmiths is the second time Stephen has been honoured with the title.

The Worshipful Company of Blacksmiths has been in existence since medieval times, and supports young blacksmiths as well as recognising and awarding the work of skilled craftspeople.

Stephen said “I’m very happy to have won. It’s brilliant. But I feel I’m accepting it on behalf of everyone who’s trained me.”

Craig Weir said, “I’m not surprised at all that Stephen has been awarded best blacksmith in the UK; his work is outstanding and we’re very proud of him. The peace sculpture is stunning and we are delighted with it.” 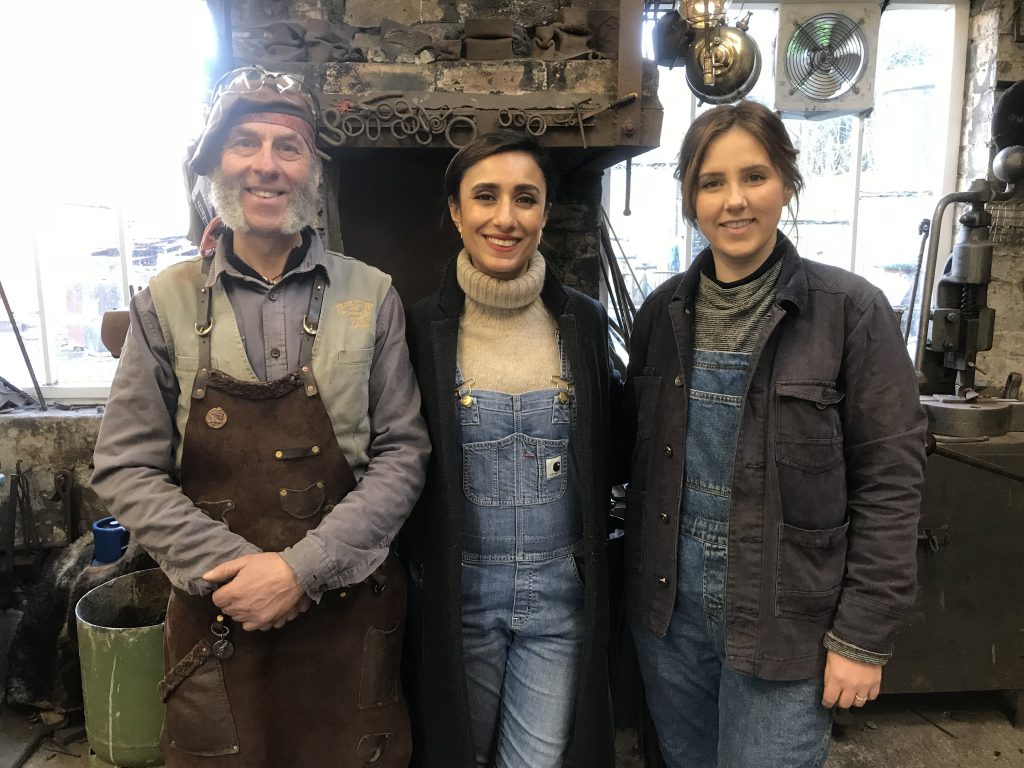 Stephen’s daughter Ashlee Donaldson is following in her father’s footsteps as she has completed a galvanised mild steel four seat memorial bench in Hadston, commissioned by Broomhill Detachment (W Company Northumbria ACF). She will be featured in BBC Countryfile’s Christmas Special on 23 Dec at 5.20pm