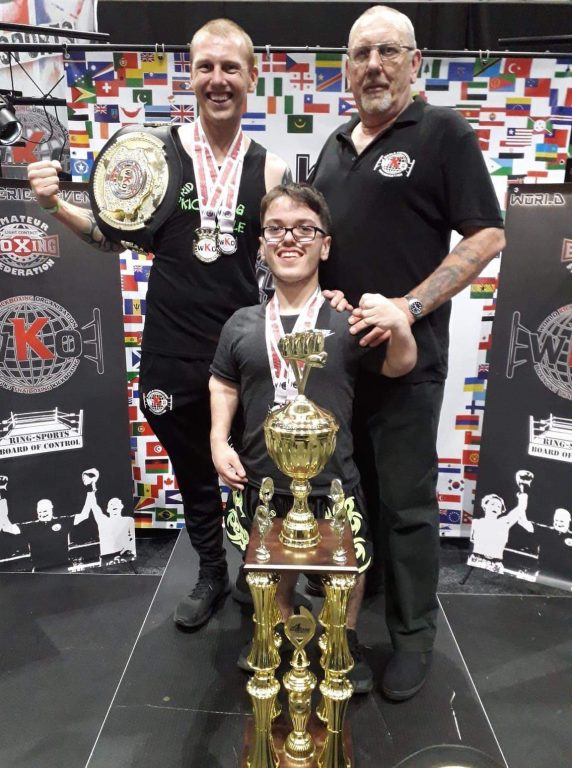 Congratulations to kickboxer Adam White who has once again won gold at the World Championships. Adam who runs Hybrid Kickboxing Amble, won three gold medals and a silver at this year’s World Kickboxing Association Open Championships.

Adam said “It was very hard going and draining, but with great advice from my Dad (Allan) in my corner and knowing I had my family back at home to make proud, I dug deep and have now finally completed my dream of being world champion – not just once, but three times over two days. Bringing them titles back for England and the whole of Northumberland is my proudest moment in my whole career.”

Adam also gave a special mention to Robert Howey from Thropton, who attends the Hybrid boxing club in Amble. Adam said “Robert is 17 and against all odds and having Dwarfism he won silver in Low Kick Kickboxing and silver in K1 Kickboxing. And he shocked everyone as the first disabled person to compete against full able bodied people and he also represented England in his weight category taken on a tough Scottish opponent and other opponent from Great Britain”.