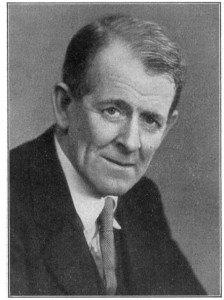 Many pupils going back to school after the Christmas holiday, returned not only to a fresh start in a new term, but also to a newly named school.

James Calvert Spence College came into being on January 1st 2011 and is the new name for the three schools previously known as Amble Middle School, Druridge Bay Middle School and Coquet High School.

Pupils from all three schools are currently working together to suggest and agree on new uniforms, which will be introduced in September 2011.

The schools are named after Sir James Calvert Spence, who, although not always associated with Amble, was born on Queen Street. He served in the First World War, after which he was awarded the Military Cross, followed by a Bar for acts of exemplary gallantry, and later became a national and internationally renowned social paediatrician. With spells at Great Ormond Street Hospital for Children, in London, The Royal Victoria Infirmary and Newcastle General Hospital, Spence led much of the development of child healthcare from which we benefit today. He was an advisor to the British government and his work for services to British medicine and medical education, was recognised when he was knighted in 1950.

The renaming of the three schools provides a fantastic opportunity to bring the schools more closely together in order to provide an outstanding education for the children in Amble and the surrounding area. It will also ensure that as pupils progress from middle school to high school, there will be an almost seamless transition.

This is a very exciting time for our students and their families. The Governors have a very ambitious and bold vision for providing an unrivalled education for our students. The opportunity to rebrand our schools is the first step.