It’s census time again. The government is encouraging everyone to take part so it can use the information to plan for the future (see article below).

But it’s not just planners and government statisticians who find this information useful; local historians and genealogists pore over past censuses to help find out about the past.
What was Amble like in 1911? How many families lived here, what did they do?

We asked Amble Social History group to share some information. 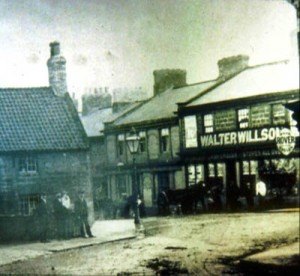 Amble’s population in 1911 was about 4,500, living mostly in two up and two down terraced houses. Many of these were very overcrowded.
Census figures show that many of the people took in lodgers. This was probably to supplement their income or accommodate a relative or hawker.
One example is Broomhill Street, with 27 houses. It had a population of 155. One can only imagine what it must have been like living there. Another instance was the Cement cottages at the bottom of Ladbroke Street; 30 people lived in six small cottages.

When you think of the size of Amble then, there were only 30 streets, and the size of the population makes you wonder why there weren’t more epidemics.
The local collieries were the main employers, Broomhill being the largest.
The council offices were located next to the Dock Hotel until they moved to Dilston Terrace in 1911 taking over the old Lonnen School.
There was no lack of opportunities for sports and pastimes, from amateur dramatics to football, cricket and even horse racing.
Of course there were always the pubs. At one time there were 15 pubs and one members’ club.
These are just some observations from that time. But remember – Amble was just getting into its stride.

On 27 March 2011 all homes will be taking part in a census. This is carried out every ten years to count people and households in England and Wales.

It’s vital that you complete your confidential census questionnaire as the information gathered is used to make decisions about our community.

Our area receives funding from government, based on the number of people living here, funding that can be used for housing, schools, hospitals, transport and other important services. Soon you will receive a white envelope through your door with a purple census logo on it just like the one shown here. Inside the envelope you will find your 2011 census questionnaire.

The form is straightforward to complete and should not take too long to do. If you want you can fill the form in online, otherwise once you have completed it simply post it back.
Either way it’s all confidential so no one will see your personal information and if you need help there is a wide range of support available such as language guidance booklets, large print format, as well as online help and telephone call centres.

And, at the moment, it is intended to recruit local people to be a part of the Census team. Find out more about the census at www.census.gov.uk and the jobs at www.censusjobs.co.uk.

The Census in England and Wales is run by the Office for National Statistics.