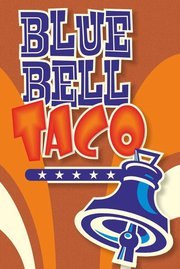 You’re spoiled for choice if you fancy a meal out in Amble these days and now you could even find yourself going down Mexico way, with the opening of the Blue Bell Taco restaurant.

The town’s Albert Street inn has built up a reputation for its Sunday lunches over the past few years, but recently decided to branch out.

“We got a chef, Carl Murphy, in to make the food side even better”, explained restaurant manager Elaine Scott. “The restaurant was just sitting empty during the week,” added Carl, “I heard about their plans through the friend of a friend and came up to Amble a couple of months ago.”

Before that he managed a TexMex restaurant, Nachos, on Newcastle’s Quayside. “We’re aiming for something simple but popular” says Carl.

They’re open every evening except Wednesday, 5pm – 11pm as well as lunchtimes 12pm -2pm. They offer a full range of starters, TexMex mains, steaks, chicken and burgers, wraps, paninis and pizza sticks, and side dishes, as well as a children’s menu.Lunchtime specials also include traditional British fare, including liver and onions, mince and dumplings and bangers and mash. They do takeaway and deliveries too. “Eventually we hope to do daytime deliveries,” says Elaine. They do OAP specials and deliver Sunday lunch. “We really aim to serve the community,” she says.

“We have had a lot of support from Amble people as well as holidaymakers. It’s been a great response. We can now go full ahead and employ a few more people because of our success, rather than rely on the family all the time.“We would like to thank everyone for their support. It’s been astounding.”They certainly serve everyone in the community, not just in terms of the menu, but also in the way they communicate.“We’re on Facebook,” says Elaine, “as BlueBellTaco, so people can keep up with what we’re doing that way, too.” “We’re planning quite a few events in the next few months, including a chilli eating competition and charity events including a fancy dress football competition and a tug of war.”

It all sounds pretty hot.