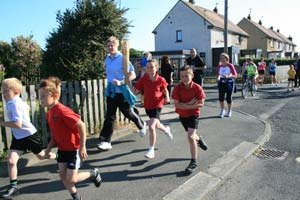 Running from the Links/St Cuthbert's to Amble Middle School

Pupils and staff from each school  delivered the torch to the next, either running, cycling or walking. The arrival of the torch at each school also kick started a sports event for the rest of the pupils. 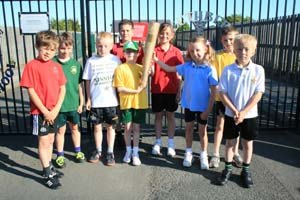 The event was organised to raise awareness of the 2012 Olympic and Paralympic Games in London.

Liz Armstrong, Partnership Development Manager for the Ashington School Sport Partnership said: “The arrival of the Olympic and Paralympic Games in London in 2012 gives us a once in a lifetime opportunity to inspire and develop skills and qualities in our young people which reflect Olympic and Paralympic values such as determination, respect, equality and excellence. We hope that young people across Northumberland will feel part of the Games when they open in London in July next year.”