Jumping for joy over new skatepark 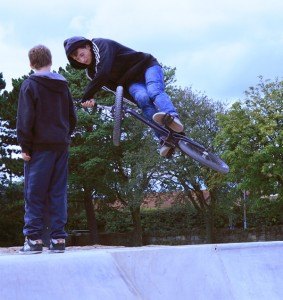 “It’s where we skate now; it’s cool for Amble” said another.

“The ramps are sick” added another, helpfully explaining; “they’re made really well”. Which will no doubt be music to the ears of builder Barry Knox from Beck Groundworks in Amble, who was the main contractor.

Barry said “I’m very very happy with the way it has turned out. It was a bit of a challenge at times, but it’s turned out a good job at the end of the day.”

The £180,000 skatepark took five years of campaigning,  fundraising, designing, planning and building before local youngsters had somewhere official to skate and bmx.

A group of skaters worked with Coquet Youth Team and Amble Development Trust to bring the project to fruition. 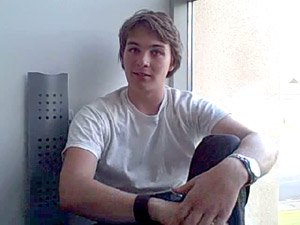 In a video interview for The Ambler, Christian Harvey leader of the skaters group,  explained what happened after the original skate facility was taken down in 2007. “We wanted somewhere to skate and socialise again, so we went to Angela at Coquet Youth Team. She started taking us through procedures that would get a new park.”

The group surveyed other young people to ascertain whether a new facility would be well used.

” I found we had to go through a lot of procedures, a lot more than we first anticipated. We were about 16-17 at the time, so we just thought, as soon as you get the money, you’d give it to a designer and builder and that would be it. But they had to test the ground to make sure the skatepark wouldn’t sink over time, make sure there wasn’t any pipes there. You have to go through lots of different tasks… you have to put it out to tender, to make sure lots of different companies have got the chance to design the park. And then obviously also you’ve got to get the money from somewhere.” 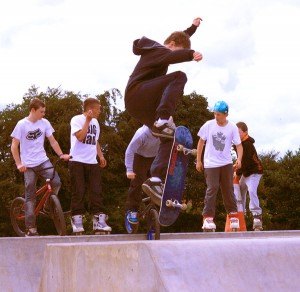 “There was a purity of focus in those who worked together to bring the skatepark to fruition. This is what can be achieved when people work genuinely as a team,” she said.

“It’s a really good feeling after five years for it to have all paid off” said Christian. ” You stand there and look at it and think, ‘I had a large part to play in that’ and also as well we get to skateboard again, which is brilliant fun.”

2 thoughts on "Jumping for joy over new skatepark"