Welcome to Artograffi’s Halloween edition. Do Owen and Alex survive the attack of Blood Jaws? Find out how Mars’ Rover is doing and the bomb found in an Amsterdam airport plus loads of other information in this edition.

Is it ever ok for children to shoplift? 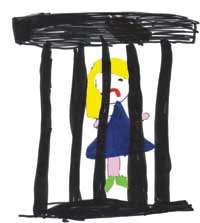 Some poor children from London are so hungry because there parents have no money. And now because of that the children at break time go out of the school grounds to shoplift. The funny thing is that they do not shoplift for sweets, chocolate or chewing gum they actually take bread and milk for themselves and there families. Now the police know about this they have decided to give out food vouchers to any children who are in need of some food.

What do you think about this?
Do you think the children should be punished for stealing?

Will thinks the children shouldn’t be punished because it’s all the government’s fault for taking away too much money.

Gracie thinks that if they are caught shoplifting the government should give back their fair share of money.

Ben thinks they should be punished but the parents should be given their fair share of money.

Niamh thinks that poor children should be given money and food so they don’t shoplift but normal people should be punished.

Vicky thinks poor children should be given money but still be told off.

Sebastian thinks they should be put in the electrical chair in Texas.

Robyn: I think if they had been stealing sweets, then they should be punished, but because they were stealing food to feed their family then it’s a little more acceptable
Alexandra: I believe that it is not right for the children to be harshly punished. I think that the food vouchers are a good idea as it is no fault of their own.
Demi: I believe they should be punished, but should also get vouchers to prevent stealing in the future.
Alex: Why don’t their parents have money? Can they not get jobs? Stealing is still against the law no matter what the circumstances are, but should be helped rather than punished.
By Gracie

Curiosity Rover is finding out about Mars

The Mars Curiosity Rover launched from the Cape Canaveral Air Force station in Florida on the 26th November 2011. It landed in Gale Crater on Mars on the 6th August 2012.

Since landing, it has been taking pictures and sending them back to Earth. It has also been taking samples from rocks and Earth using its drill and other gadgets.

With its laser, it zaps the Martian rocks and analyses them with its scientific equipment. Rover’s power supply should keep it going for 687 days which means 687 days of information from Mars.

Ultimately the mission is to find out as much as  possible about Mars because Space centres want to send humans onto Mars.

When making Rover, the scientists had to be careful because they didn’t want Earth germs or parasites on Rover which might kill off any bacteria or micro-organisms or even  Martians that could be living on Mars.
By Will H-D

The iphone 5 is said to be the best thing that’s ever happened to Apple.
Sadly the founder of Apple (Steve Jobs) won’t be able to see it come out because he died earlier on in the year.
It’s like the iphone 4S but with a bit bigger screen and with extra features like 4G and a better front camera  with loads more apps such as angry birds, doodle jump and bejewelled.
Its even number one on the 2012/2013 CoolBrands.       By Seb

Should Scotland stay in the UK? 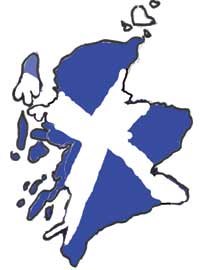 The  Scottish people are going to vote to decide  if they want to stay in the UK.

Scotland’s top politician, Alex Salmond, is trying to make Scotland an independent country. There are many Scottish people who agree.

Will: They should say in the UK or they aren’t great anymore!

Ben: They should stay!

In my opinion I don’t think they want to be part of GB.
By Victoria 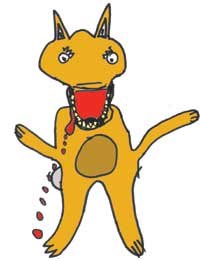 One day before Halloween night this five year old boy was playing in his front garden on the trampoline with his big 14 year old friend, the little one was called Owen and the big one was called Alex (they were neighbours).
They played football together, they gardened together and played tennis together.
BUT!!! A WOLF AND BEAR GOT ENGAGED AND HAD A BABY, HALF WOLF AND HALF BEAR, NAMED BLOOD JAWS.
He went to the little boy’s house and hid in a cupboard in the attic and got camouflaged into the dark brown wood.
At night in bed the creature blood jaws emerged from the attic and scraped Owen left eye out, tore his left leg off and bit right through his right thigh.
Next door to him lived Alex who heard him SCREECHING, so, he comes over and sees him getting eaten alive so he pushes Owen out of the way and the 14 year old boy got eaten instead.
Blood jaws was full and fled off.

World War II Bomb Found In Airport
Schipol Airport in Amsterdam was evacuated in August 2012 due to an unexploded bomb being found by workers digging near the runway.

Experts believe that the bomb was from World War II.
It was probably there from when the Nazi’s from Germany used the airfield.

It was then taken away by a Bomb Disposal Team that managed to safely detonate it.

Unexploded bombs are found quite often in Europe as that was the main area where the war was held.
An American bomb was detonated in Munich, Germany.

Politician is rude to police

Politician Andrew Mitchell was apparently rude to police when they wouldn’t let him go through the main gate in Downing Street on his bike.

He is said to have called them ”plebs”. (This means common, dirty and peasant – like). He also apparently said “learn your place” and “you don’t run this government” and he was very rude.

This is what Artograffi thought
Niamh: everyone makes mistakes but he should still do something to make up for it.
Will: I think this is rude and he should treat people with respect as we are all the same in importance.
Gracie: I think he is stupid he should be nice to the poor chaps. He should be put in jail!!!
Sebastian: PUT HIM IN THE ELECTRICAL CHAIR!!!
Victoria: He is very rude and should be put to death immediately!!!!!!!!
By Niamh Mackintosh 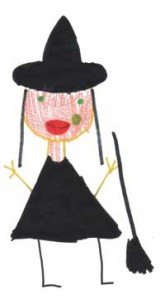 Children in Amble who completed a summer reading challenge were presented with certificates and medals. Each year, children aged between 3 – 12 are offered the chance to take part in the Story Lab Reading Challenge. They are asked to read 6 books during the summer holidays.

Team Librarian Lynne Riddell said “Amble had an increase in the number of people who took  part this year. 40 children completed the Challenge, so I am very pleased about that.”

The certificates and medals were presented to the children by Councillor Robert Arckless. 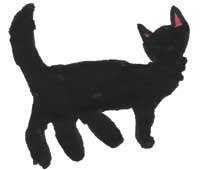