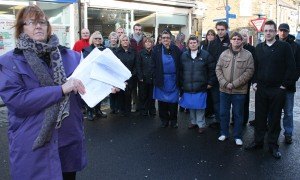 Parking restrictions on Queen Street have been lifted in time for Christmas shopping, much to the delight of Amble traders. A meeting between Northumberland County Council, Amble Business Club and Amble Town Council to discuss the parking situation resulted in a suspension of the restrictions in the loading bays.

This means that residents and visitors to the shops on Queen Street can now park free for one hour anywhere except the yellow lines.

Blue badge holders and traders who are loading or unloading may park on the yellow lines.

42 Queen Street shop owner Ann Burke said the traders were delighted at the outcome. “As far as we are concerned, the right decision has been made and it has relieved the problem that was created in Queen Street” she said.

The meeting took place on 4 December, after traders had repeatedly expressed their frustration with what they saw as heavy handed enforcement of parking restrictions by County Council enforcement officers. A petition was organised which drew 3466 signatures in one week. The petition asked for the Council’s parking enforcement officers to be withdrawn until a solution was found for the parking situation in Queen Street. The petition was handed in to the County council by Ann and will be discussed at the next Council meeting in January. 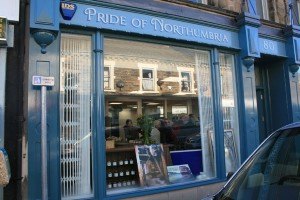 The loading bay signs have now been removed from Queen Street.

At the meeting, it was agreed that the Council would remove the signs for the loading bays as soon as possible and begin the process of obtaining a temporary road traffic order, which takes between four and six weeks. A further meeting will be held in the New Year which will discuss longer term solutions.

Within  the same week  however, the loading bay signs had been removed and people were being allowed to park in the loading bays for up to one hour without fear of prosecution.

A County Council spokeswoman said: “We are looking at a long term solution  on parking in Amble with the town council and the traders. We are going to bring in a temporary traffic regulation order to turn loading bays into parking bays in Queen Street, with loading allowed on the single yellow lines opposite. Until the temporary traffic regulation order comes through we are accommodating parking in the loading bays, to assist shoppers and traders in the lead up to Christmas.”