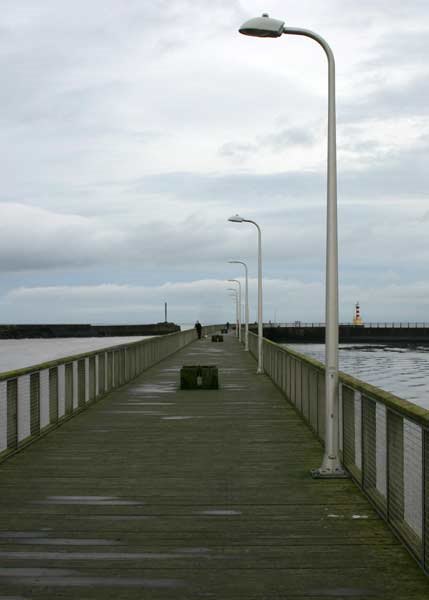 Amble’s popular pier has been lit up once again, by fifteen new lighting columns and energy-efficient downlighters.

The new lighting columns replace failed lighting which had been ravaged by the salty atmosphere along the pier since they were installed 12 years ago. The new lighting is much more resilient to the atmospheric conditions, much more environmentally friendly and cheaper to run.

The lighting  will also mean that the people of Amble and visitors to the town will be able to enjoy a safer walk along the pier, between the River Coquet and the Little Shore area, for the first time since the old lighting scheme failed two years ago.

The majority of the funding for the new pier lights has been provided by Northumberland County Council  with the remainder coming from Warkworth Harbour Commissioners. Amble Development Trust acted as facilitator for the project.

The new lighting scheme has received warm appreciation from Amble’s fishermen as it enables a safer, guided entry into Amble harbour.