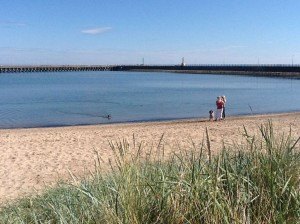 Here’s a free tip for anyone feeling stressed, worn out or in need of revitalisation. Picture yourself taking a stroll along our long sandy beaches, spending time browsing our independent shops or perhaps just wandering along the quayside watching the picturesque boats sailing in and out of the harbour.

“Why do we come to Amble? The location, the beach, the sea… we like to walk along the beach and collect sea glass… eat in nice places. The scenery is beautiful. We stay right on the beach, the location is great. And yes, people are very friendly. There’s fantastic fish and chips and lovely ice cream. We’ve come here regularly and we just love to be here.” Viv, North Wales

For all these reasons and more, a visit to Amble by the Sea, aka the Friendliest Port, will help you relax, rejuvenate your soul, feed your body and fill your camera with picturesque images.

But if that’s not enough, here are just five more reasons why Amble should definitely be on your shortlist of places to visit in Northumberland. 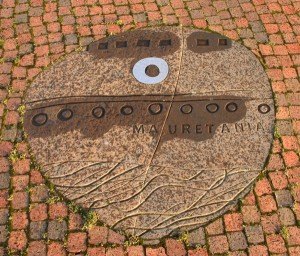 1. IT IS TRUE, WE ARE KNOWN AS THE FRIENDLIEST PORT
On Wednesday 3rd July 1935, on her final voyage, RMS Mauretania sailed past Amble on her way to the docks at Rosyth to be broken up. At 10.25am, Mr Goodger, clerk to Amble Urban Council sent the captain of the Mauretania a message of greeting:

2. HARBOUR LIFE
Amble is home to one of the largest fleets of native fishing boats on the north east coast. Most of them are under 10m inshore vessels. Fish caught are usually whitefish (cod, haddock, whiting, plaice, saithe and occasionally mackerel) and shellfish (prawns, crabs and lobsters). 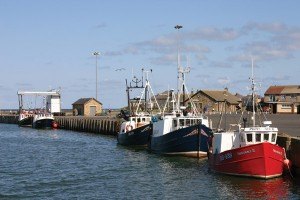 Amble along the harbour and watch the fishermen landing their catch, some of which is served in local restaurants

“The indigenous fleet is as big at Amble as anywhere else on the North East Coast. As far as local vessels fishing from local ports,  Amble has six trawlers (four over 10m) and 20 pot fishermen, some of whom are part-time. There are also two fishermen with salmon licences. In ports like Blyth and North Shields, the vast majority of fishing vessels are visitors.” MMO spokesman Jan 2014

Amble marina was opened in 1987 and provides 250 berths. Because it is right on the town’s doorstep, the family-run marina is very popular with visitors from all around the UK as well as overseas.  Coquet Yacht Club, Amble Boat Club and Coquet Shorebase Trust are also based along the estuary.

In March 2015, Amble Harbour Village was opened. This £2.5m government-funded project is home to 15 retail ‘pods’ and a Seafood Centre. 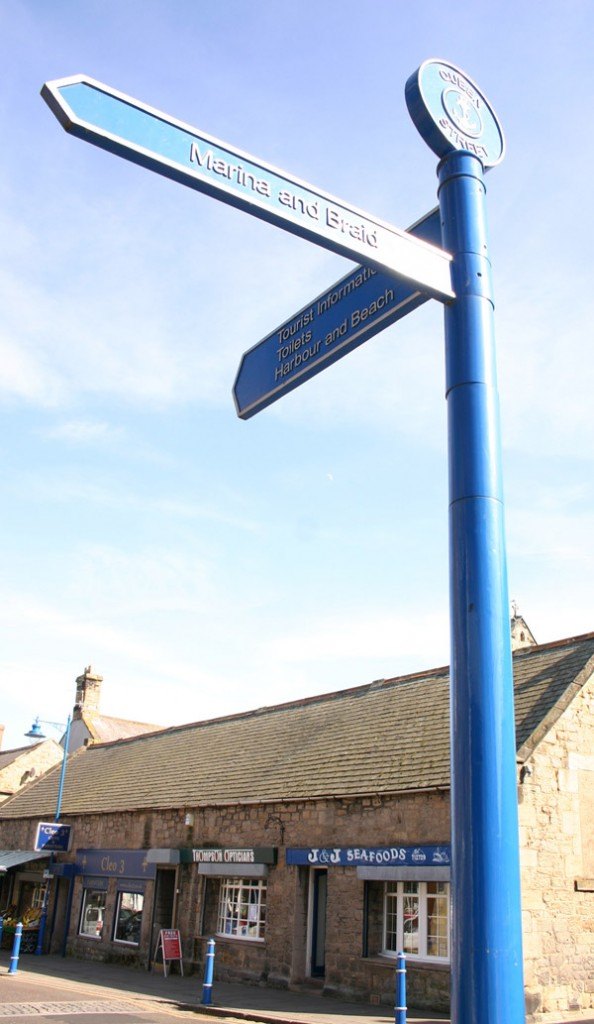 Amble is proud of its independent businesses

3. BEST COASTAL HIGH STREET IN THE COUNTRY
We were thrilled to be awarded Best Coastal High Street 2015, by the Great British High Street of the Year Awards. The judges praised the “incredible improvement work” that had been carried out in the town, which led to the creation of the new Amble Harbour Village which connects the high street and harbour.

By our calculations, Amble has more independent shops than any other nearby small town. Our main shopping street is Queen Street, which is home to butchers, bakers and – er – candlestick sellers!

Amble Harbour Village was created in 2015 on the site of a disused boat storage yard and consists of 15 retail pods and a Seafood Centre. The pods accomodate local crafts, artists and independent retailers. In the Seafood Centre, brokers assist the local fishing fleet to find new markets for their catch. Fresh local fish and seafood can often be bought here.

Amble is home to excellent restaurants (some of which are highly praised on Trip Advisor), an award-winning artisan ice cream parlour, our much loved fish & chip shops, take aways, friendly cafes, bars, good quality B&Bs and cosy holiday cottages. There are two banks, three cash machines, two post offices and two pharmacies in the town. We also have a Tourist Information Centre (open Easter – October), a library and a Health Centre. 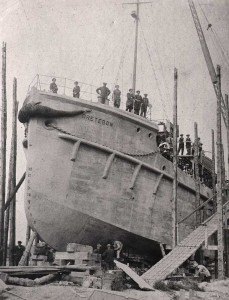 4. HISTORY, ANCIENT AND MODERN
Amble lies at the mouth of the River Coquet in North Northumberland. There are several ideas on the origin of the name; Am Béal, means ‘tidal inlet’ in Gallic, and may have been used by Irish missionaries in the area. Another suggestion is an Old English version: Amma’s/Anna’s bile, meaning “Amma’s/Anna’s headland”.

Bronze age burial cists have been unearthed along the dunes in recent times, usually discovered due to coastal erosion.

The Romans were almost certainly here, with Roman coins being discovered near Gloster Hill. Amble grew to become a port in the nineteenth century, initially to service the coal mining communities of nearby Northumbrian villages. Coal was shipped to London, to Germany, though the Baltic, and some even to South America. 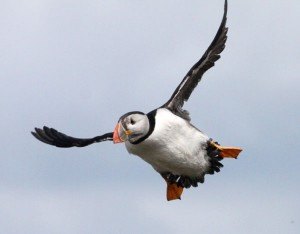 5. WONDERFUL WILDLIFE
Amble is surrounded by wild natural beauty. The north and south of the town have been designated Northumberland Coast Areas of Outstanding Natural Beauty. Hauxley Nature Reserve and the vast golden sweep of Druridge Bay are just a stone’s skim from the Friendliest Port.

About one mile off shore, lies Coquet Island, once a medieval monastic retreat, now a sanctuary for bird and seal life. The island is an RSPB reserve, and provides a protected environment for thousands of nesting Sandwich, Arctic and common terns, and is world famous for being home to over 90% of the UK’s Roseate tern population.

Date for your diary: Amble will be hosting its famous Puffin Festival between 26 – 29 May 2017, so come along and join in the fun!

Click here for more articles and images of Amble