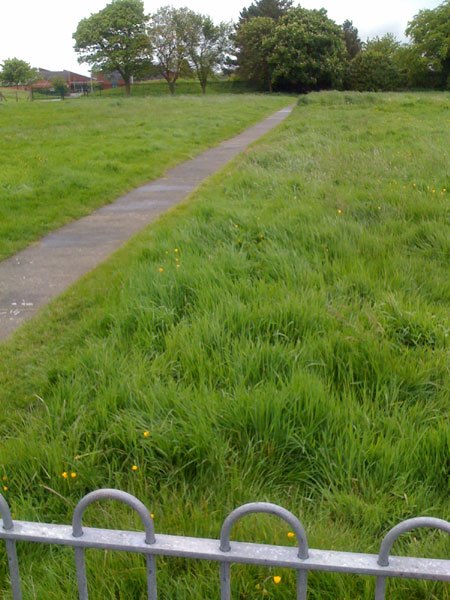 One of the challenges for Amble Development Trust is trying to keep the grass cut at the Welfare, and dealing with the complaints about it not being cut. Director Julia Aston explained that the Trust is responsible for the Welfare, including grounds, equipment and buildings.

“The main problem, of course, is lack of money to pay for the grass cutting,” she said. “The ideal state would be to have a long term contract in place, which has always been the intention, since developers Persimmon and Alnwick District Council put together a Section 106 Agreement.”

When in 2007, they originally received planning permission to build housing next to it, Persimmon agreed to fund improvements at the Welfare. At that time, the plan was for an all-weather pitch, with improved drainage and an all weather pitch.

At last, after seven years, the county council has once again given the go-ahead for the Persimmon housing development, and breath is being held as the funds for the Welfare are awaited.

We can see that other developments have taken place at the Welfare, paid for by money obtained through grants: the Multi-User Games Areas (MUGAS), the children’s play area, skateboard park and refurbishment of the pavilion.

The football pitches only remain to be sorted out but, unfortunately, the funds are not now expected to cover the costs of an all-weather pitch. However, the drainage will be improved and the pitch returfed. 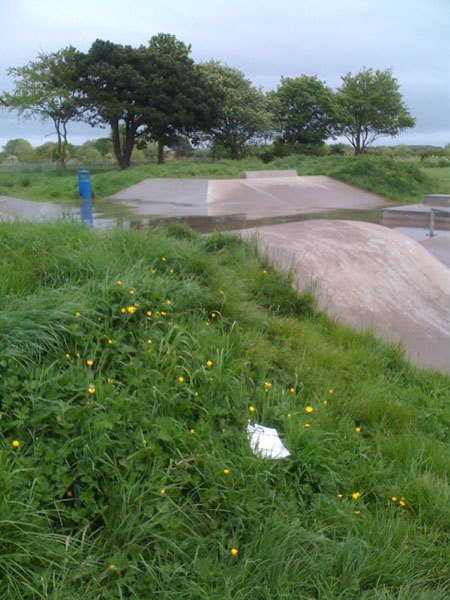 ntil last season, the cost of grass cutting was met by the fees paid by the teams using the pitches, but now the teams have moved to the school field pitches, because they are better pitches,” said Julia. “They do still use the changing facilities at the Pavillion.”

“When the Trust took ownership, Alnwick District Council’s grounds maintenance team were contracted to cut the grass, but when we moved to a single unitary authority the contract value doubled in cost, so the Trust had to find private contractors, at an affordable price. The last price paid was £150 for one cut.

“Recently, a farmer was contacted, who said he would cut the grass and take it away to feed his animals. He came to look at the area and said the grass was totally unsuitable –because there was too much dog muck amongst it. It was impossible to use!”

At the same time, other areas of the Welfare have to be maintained. Recent costs include £230 to replace vandalised seats on the children’s see-saw, insurance for the skate board park cost £1,090, servicing of the pavilion boiler and a safety certificate cost £150, and £1,000 was needed for general insurance for the Welfare.

“Sadly grass cutting slips down the list of priorities when you consider other needs. Hopefully, this time it really won’t be long before we can put in place a regular maintenance plan,” said Julia.