Yacht runs aground in Little Dock 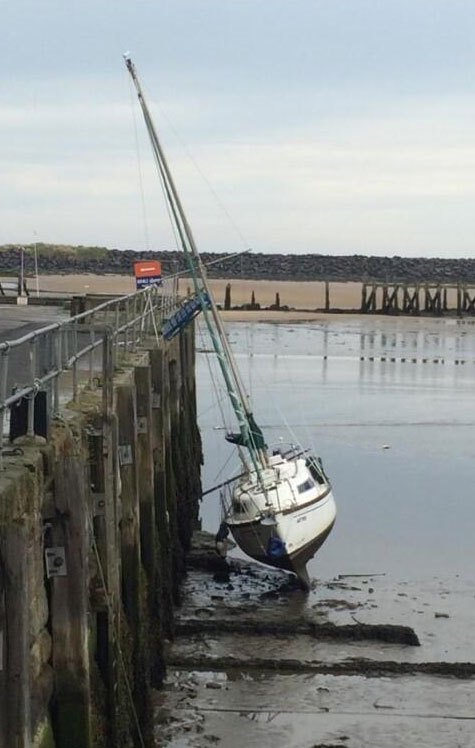 The skipper of a yacht which ran aground in the Little Dock, wants to thank all the people who came to help rescue the vessel.

Ray Hindes who owns the 5 tonne yacht Astra which is berthed in Amble Marina, sailed into the Little Dock at low tide on May 15, with the intention of doing some maintenance work on the boat.

“Although we had 3m clearance coming over the sill, we came into the dock and we grounded,” said Ray. “It was about 7am. We wanted to stand the yacht on the wood at low tide so we could to do some work on the furling apparatus. But we ran aground and the whole thing tipped so the mast was resting on the quayside railings.”

With the help of locals and the Harbour Master, the yacht was saved from possible disaster.

“They supported the mast with a fish box and blocks of wood. I just want to thank the lads and Simon the Harbour Master for all their help. It could have slipped over and the mast could have snapped.

The boat was in a dangerous situation. But we were able to chock the boat up. It was there until about 1pm when the tide came in and it re-floated.

Fortunately there’s been no damage – but that might not have been the case if I hadn’t had assistance from those lads.”