A bright and breezy Lifeboat Day was opened by crime writer Ann Cleeves, author of the Vera Stanhope novels. Ann signed copies of her latest book Harbour Street and gave a percentage of each book sold on the day to Amble RNLI.

Organisers were delighted with the event, which raised £10,000 for the Amble Lifeboats. Two rescue demonstrations took place during the day; sadly the RAF Sea King was unable to attend, due to being called out earlier in the day. 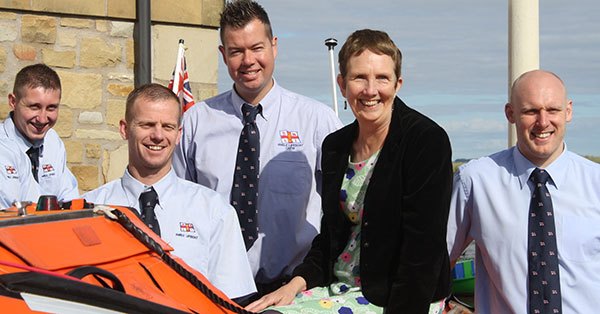 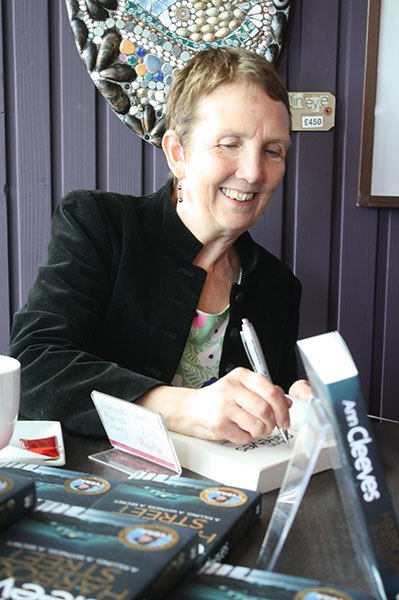 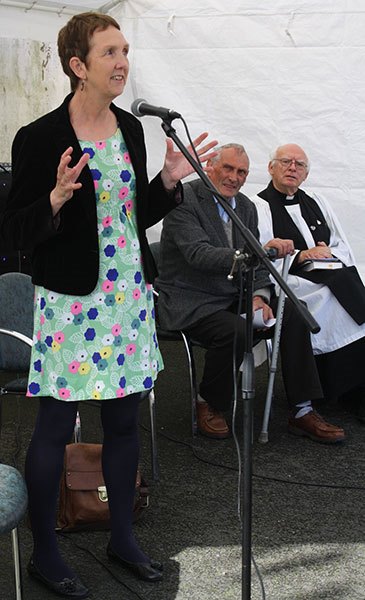 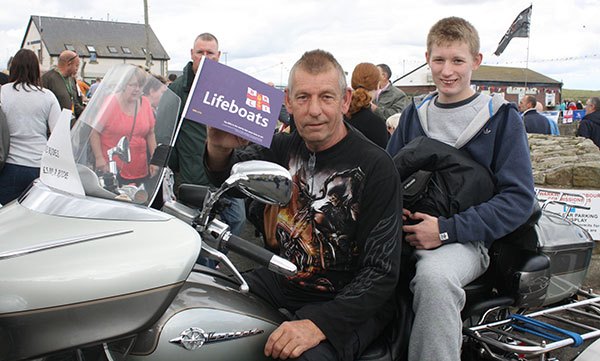 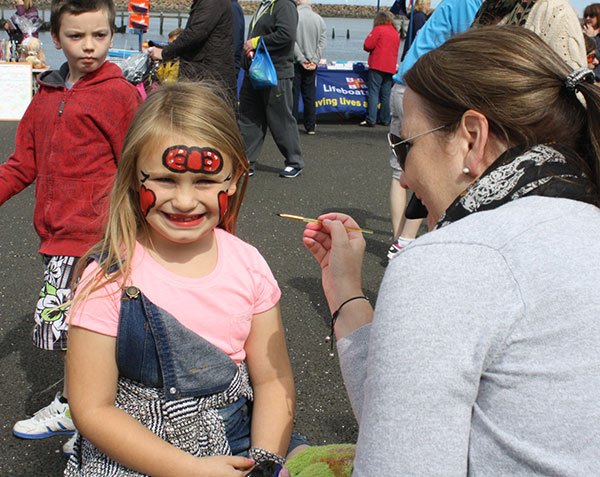 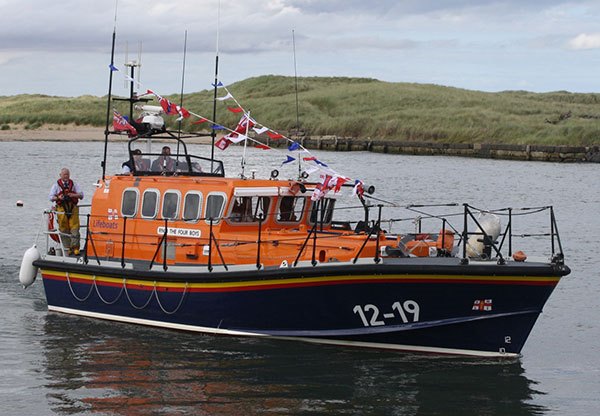 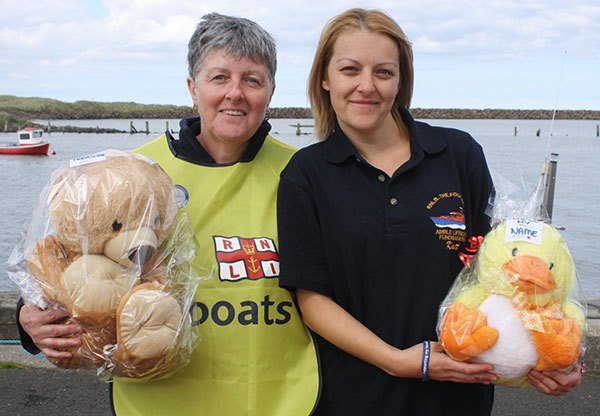 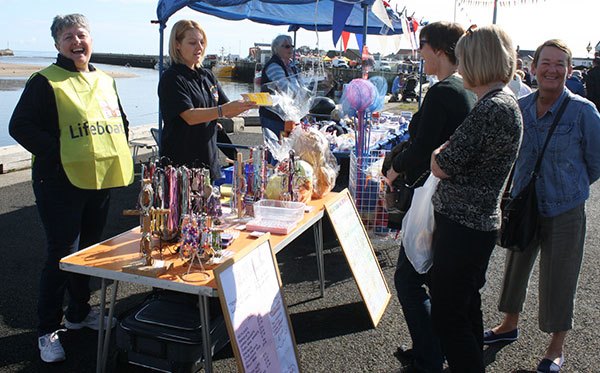 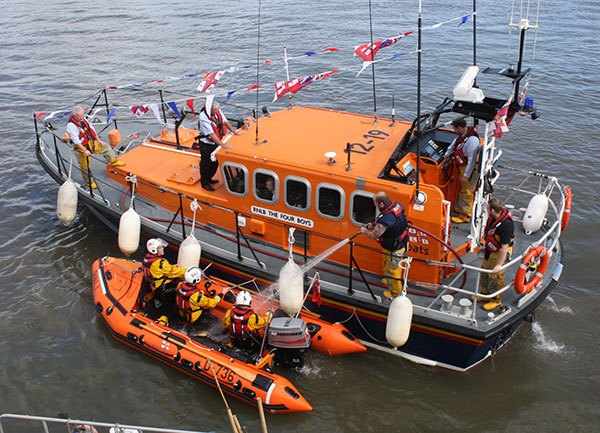 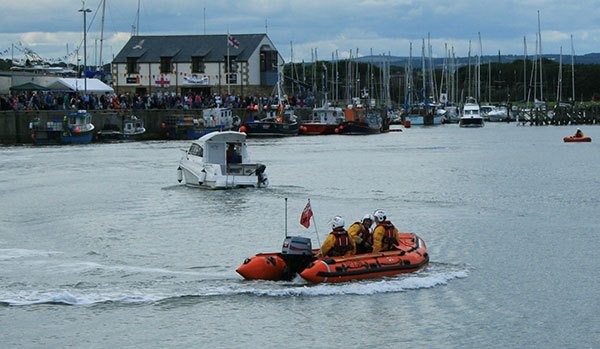 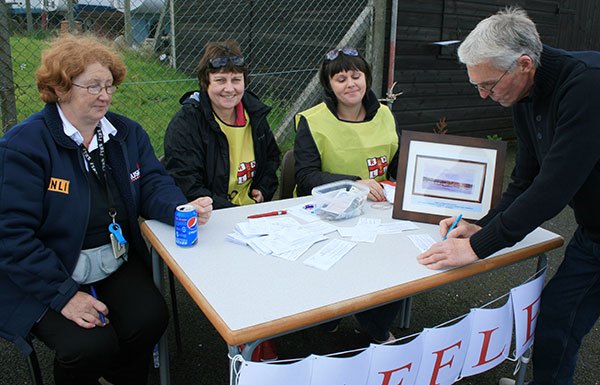 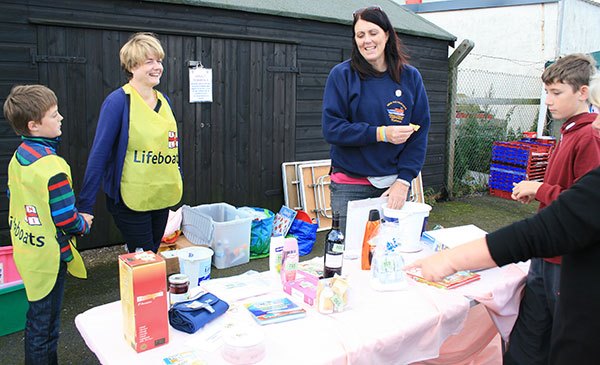 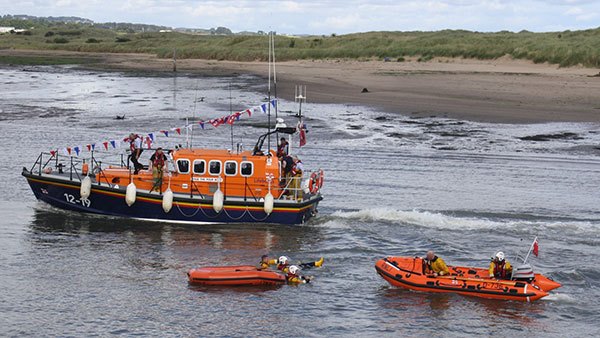 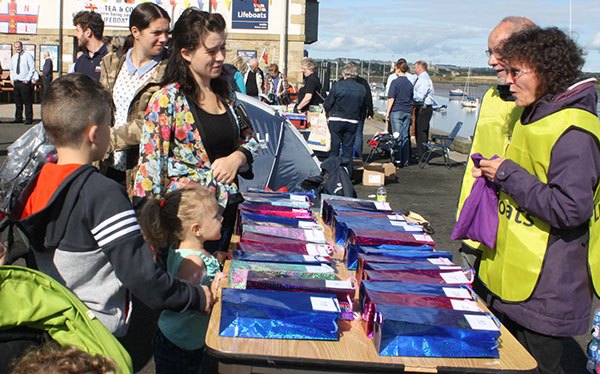 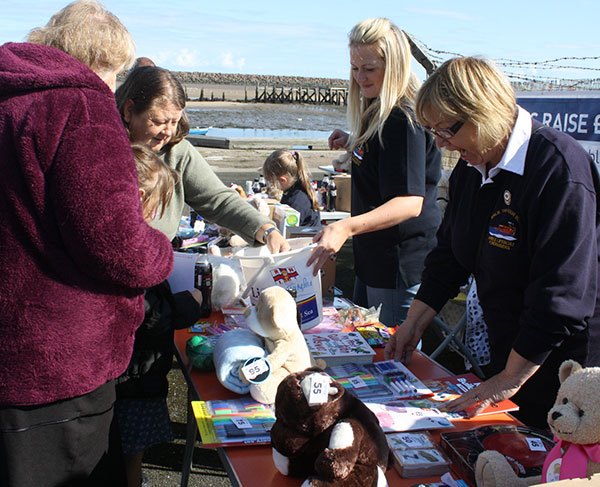 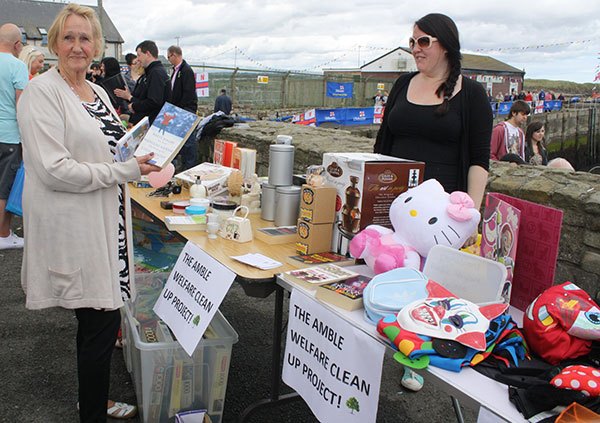 Just as everyone had packed up for the day, the pagers went off and the crew of both lifeboats were called out to help a small yacht with engine failure just outside the harbour.

“Just as were finishing – around 5pm – the crews suddenly left everything and ran for the boats. Someone was in distress outside the harbour. I ended up shooting’ an actual ‘shout’. Well done lads,” said Bartle Rippon, Lifeboat Day volunteer and Ambler photographer.

A child from the yacht was placed on the All Weather Lifeboat and the Inshore Lifeboat towed the yacht safely back to Amble.