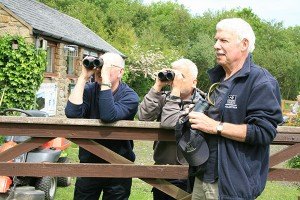 Since May 2003, Brian, who lives a stone’s throw away from the reserve in Hauxley Village, has welcomed thousands of visitors to the reserve, watched and recorded a spectacular array of visiting birds and assisted with the Trust’s fundraising activities, following the arson attack on its visitor centre in June 2010.

Brian will not be a stranger to the Trust however as he plans to join the Friday Hauxley Volunteer Group.